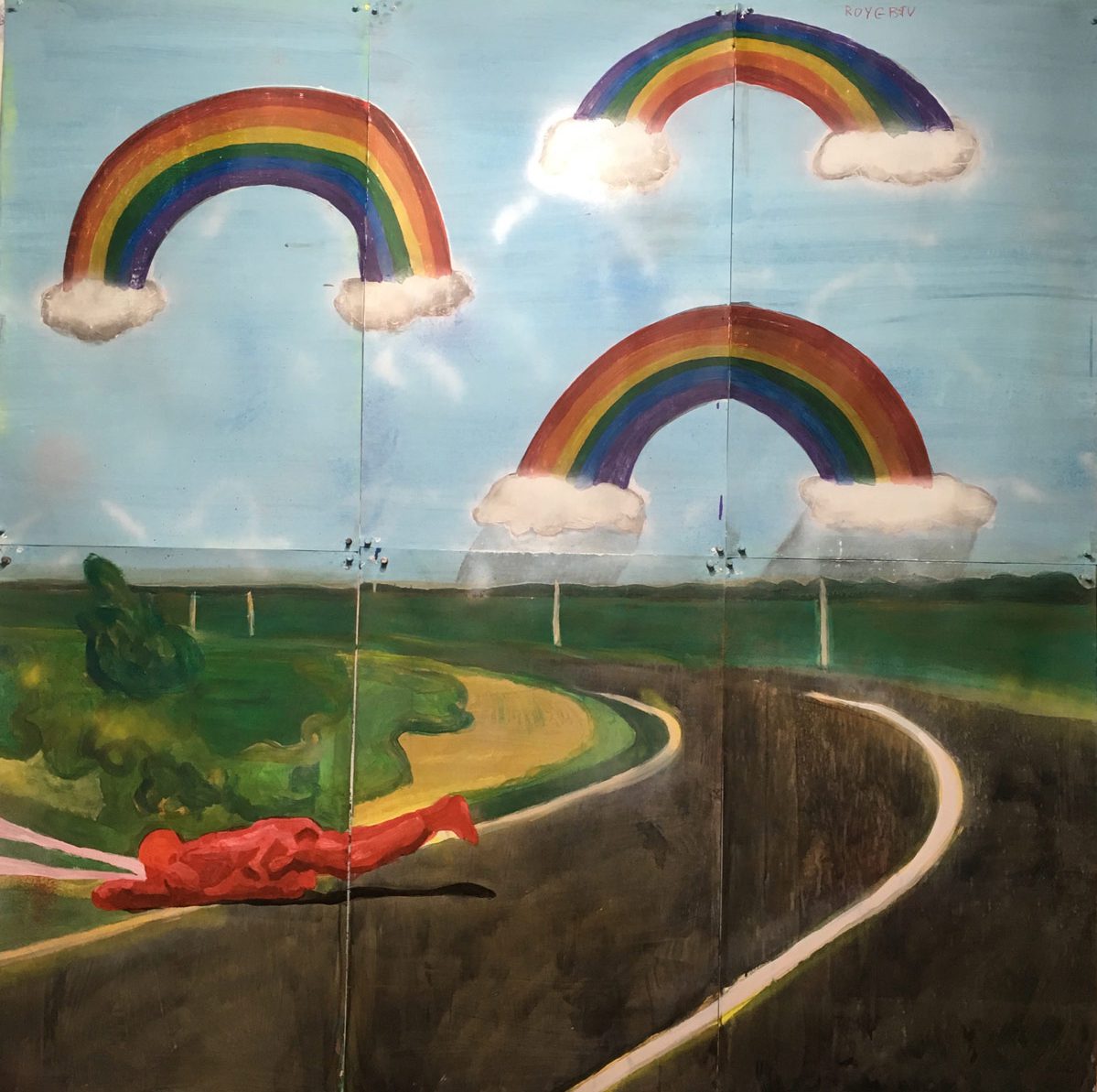 SMILE. You’re on Camera. Is it a promise, a demand, or a threat?

A crazed grin leers from the clown. And a woman bursts into flame. The eyes of a cat illuminate suddenly. Tripped by the motion-detector cleverly concealed in the grass. A flash of light stabs into consciousness, and a snake writhes in an unreal glow. Now the clown holds a malignant glare, mouth turned down in contempt. Eyes dripping venom and pain. Vengeance time is coming. The background blurs in half tones like unrestored film-stock. But the colors on the balloons pop, PoP, POP. He walks with a swagger. While a shade of police runs the other way. A rainbow sways past his feet, but ominous smoke coils from this head. Have a great day.

Meanwhile, across town, light rays emit from a woman’s nose. Her doll eyes oblivious of this startling phenomenon. Perhaps she’s channeling spirits, caught in a 21st century trance. Apparitions of flowers hover ethereally around her head. Finally, her nose melts and she dissolves into light.

In another parallel zone, a Panda tends to its young, its baggy suit too large for its puny body. No child would believe this myth, manufactured for the parent’s benefit more than for the child’s. A light burns above its head, as though it were a modern saint. But the caged babe is not convinced. Again, the background blurs like faded celluloid, as if, in this world, only a few items can hold the spot at any given time.

Speaking of children. How can those three relax in the arms of those twisted Father Xmas twins? Ghostly forms from a tale of horror and woe. Here the hand-grips on the infantile frames pop most clearly, while the bodies and faces of the Fathers blur. One child writhes in terror, knowing something’s definitely wrong. But Mother is nowhere to be found. Unless she’s a panda dolled-up in a cheap animal-suit.

At night in the park, a man with a teddy bear’s head stands for an hour each day. Just stands, then walks away. But not without strategically positioning his body where the CCTV has full access. Likewise, the clown positions himself just for the camera’s eye. Just for the camera’s I.

The most fun part has got to be the pyrotechnic division﻿ where not just screaming vigilantes, but everyone can enjoy the delights of fire and gunpowder. Batteries explode all over the place, irradiating the darkness in offices, bedrooms, and even baby-prams. Small miracles of illumination sent from the gods to shine light on our drab lives. The real miracle is how few people get killed this way, given how often it happens. American pyros abound, hurling light-balls between them, like dueling wizards, battling with light-sabers for the soul of the American folk. One be-horned celebrant even has his dick out, his firecracker exploding with obvious Dionysian delight. For make no mistake, what is displayed here is as much ritual as can be found on any painted cave.

Light and dark. Moments of illumination counterpointed against grainy faded grounds. Has it not ever been thus when painters turn their eyes on the world? However, here the eye/I is channeled through the lens of the selfie and the CCTV. But what it captures is not what you might have expected. For surveillance can also be random, precisely because it is omnipresent. What do we look like when we hope we are not being watched? And what might the camera actually catch when it’s mindlessly waiting for nothing to occur?

The paintings of Richard Nielsen portray instances of a contemporary absurdist horror that appears when noone’s apparently expecting, but everyone’s always watching. Images culled from surveillance scans, either found in deep-trawls on the net, or sent by collaborators with access to cameras in backwoods zones and other spots where wild creatures and other humans hang. A mangled Amerikana seen from the perspective of a camera that has travelled beyond some Event Horizon, and returned self-aware. A radiantly sinister vision. That’s coming to eat you ALIVE.

Christine Wertheim
writer, artist, teaches at the California Institute of the Arts 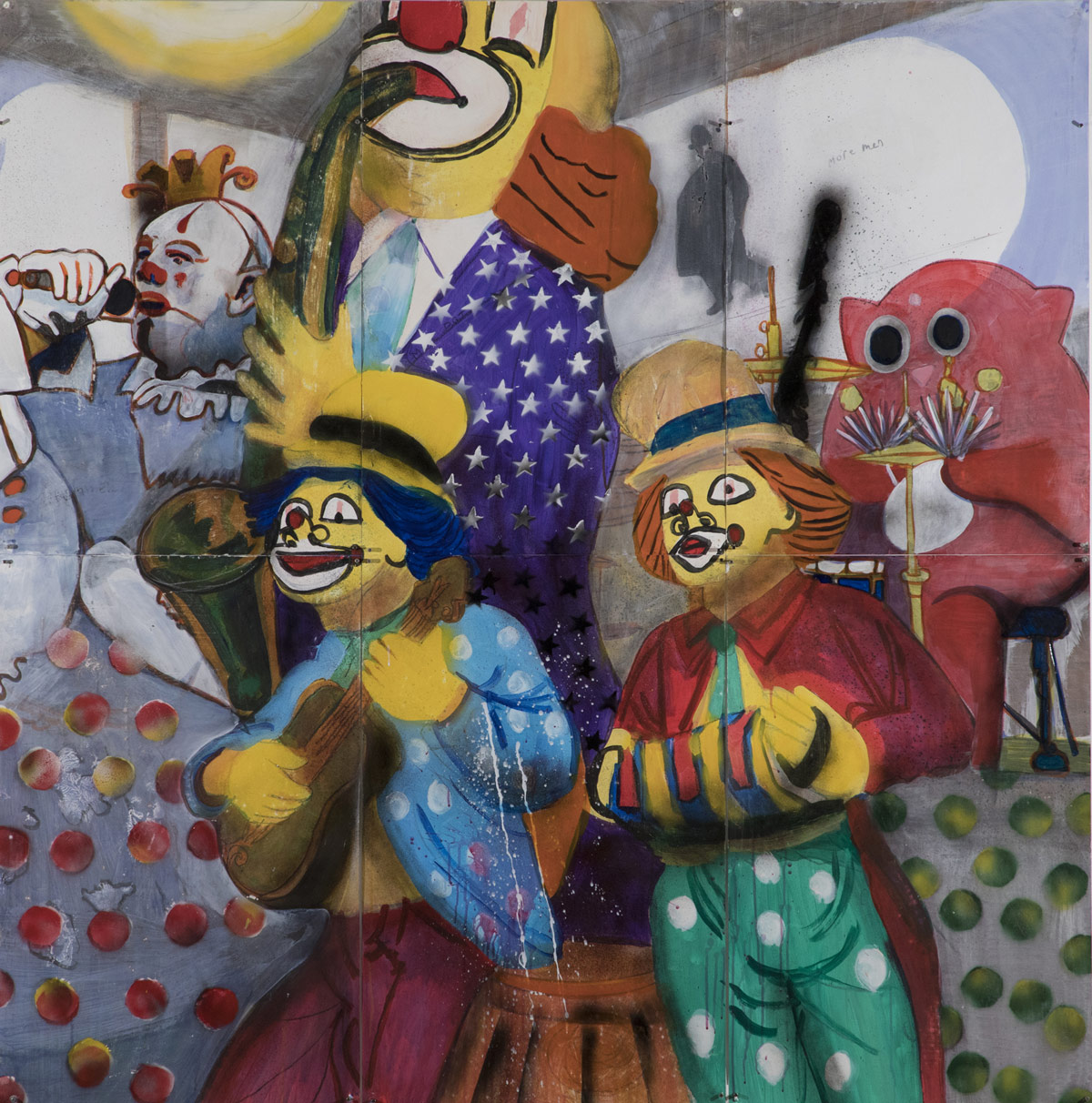 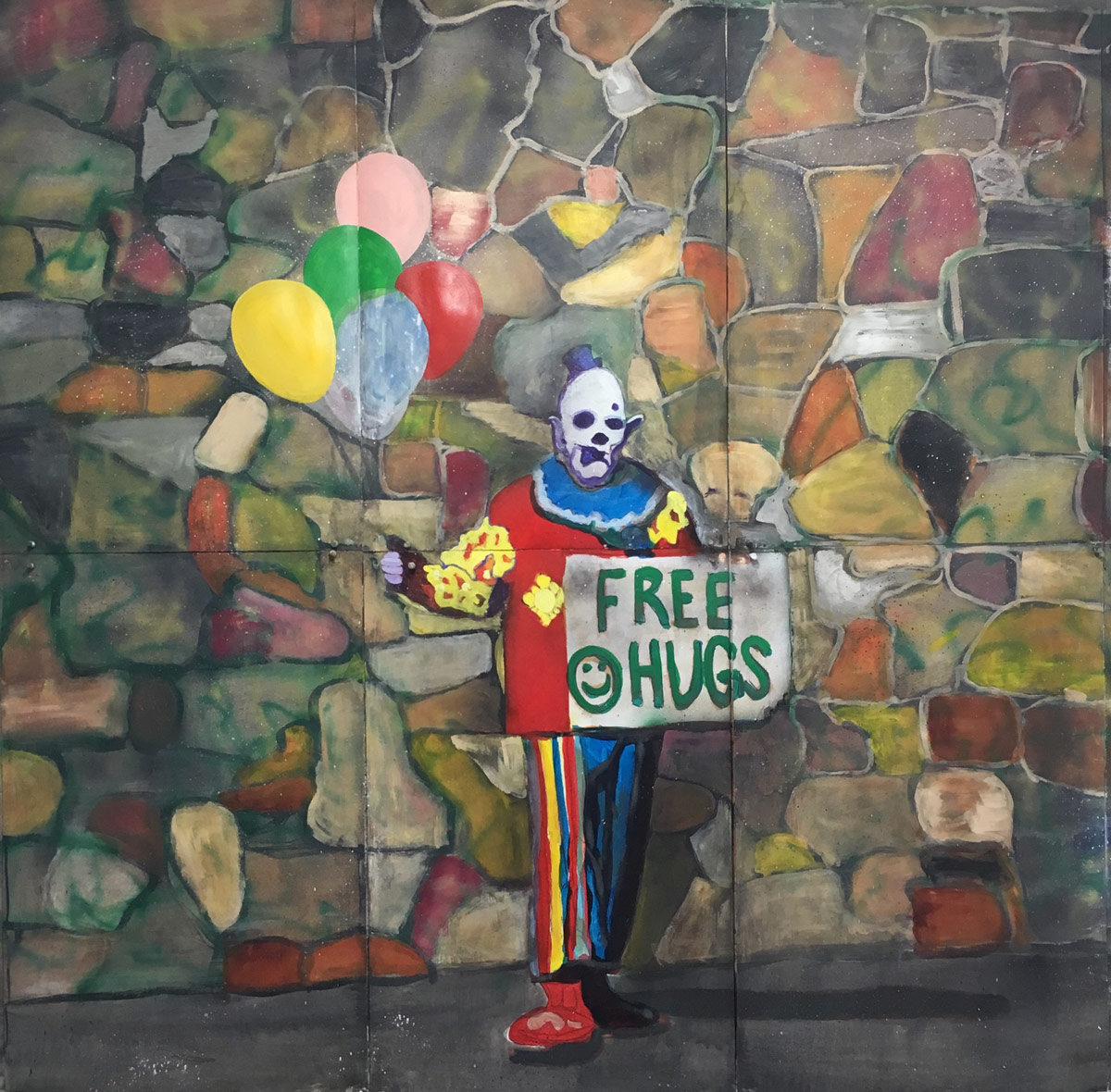 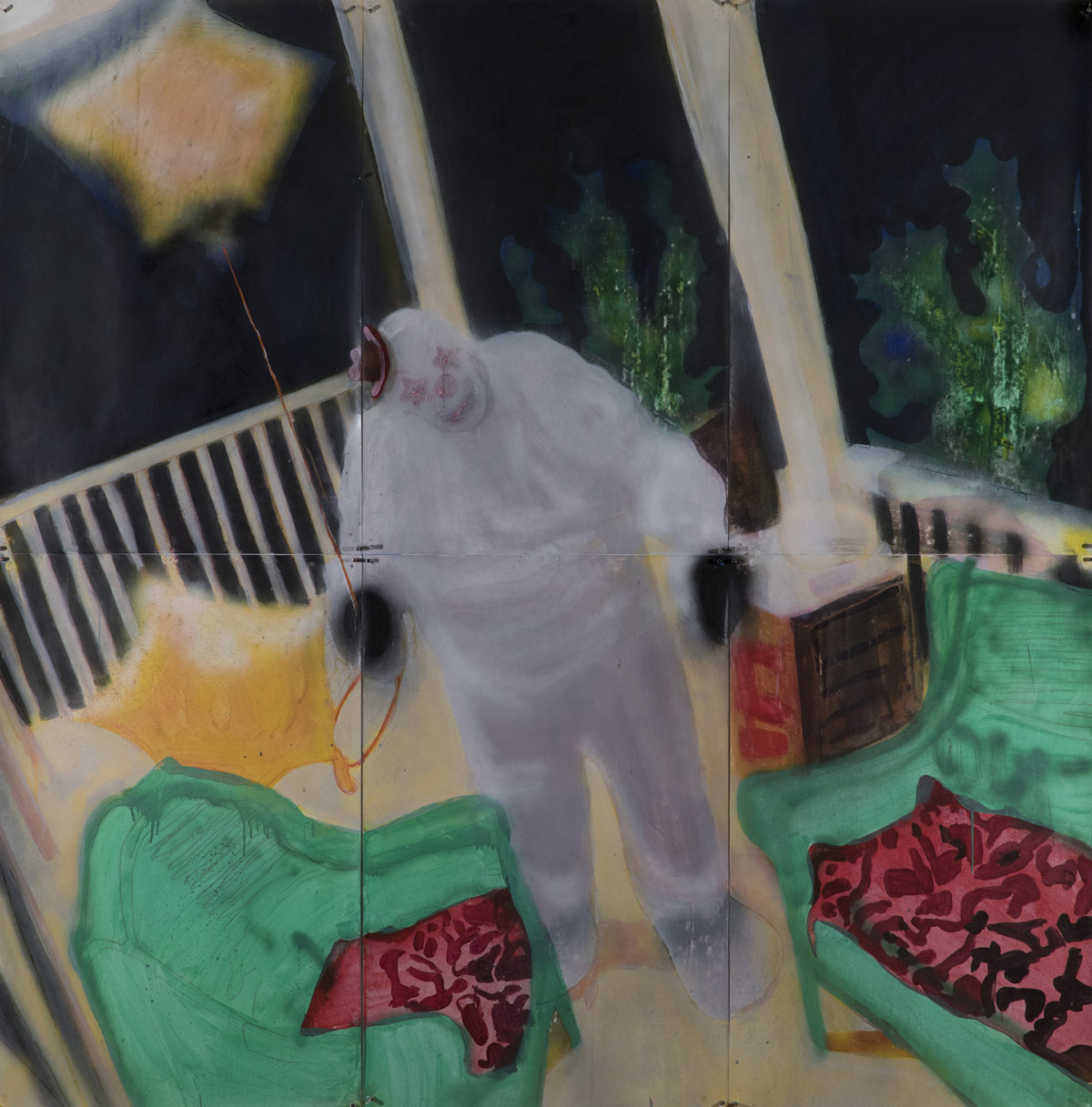 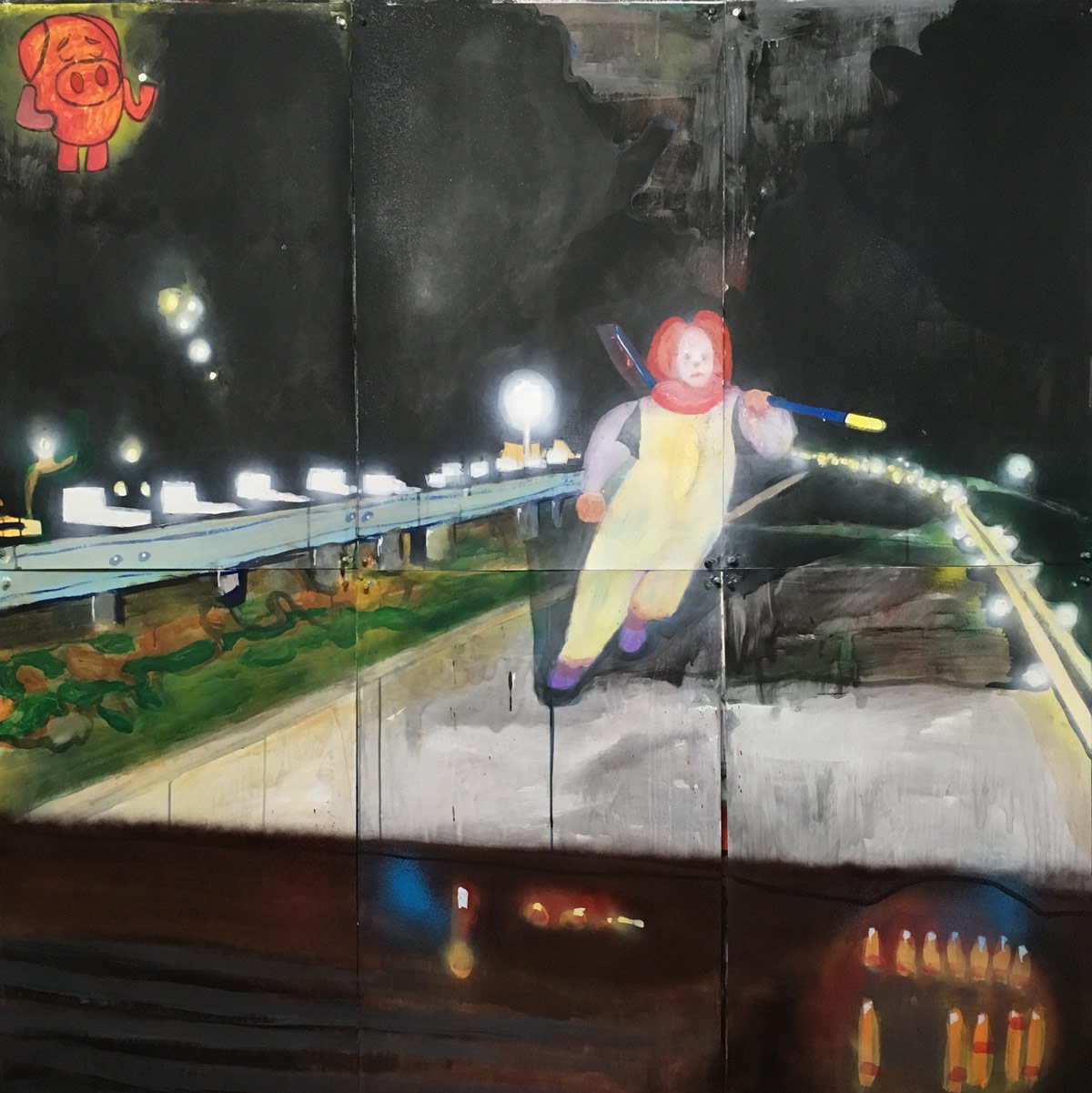 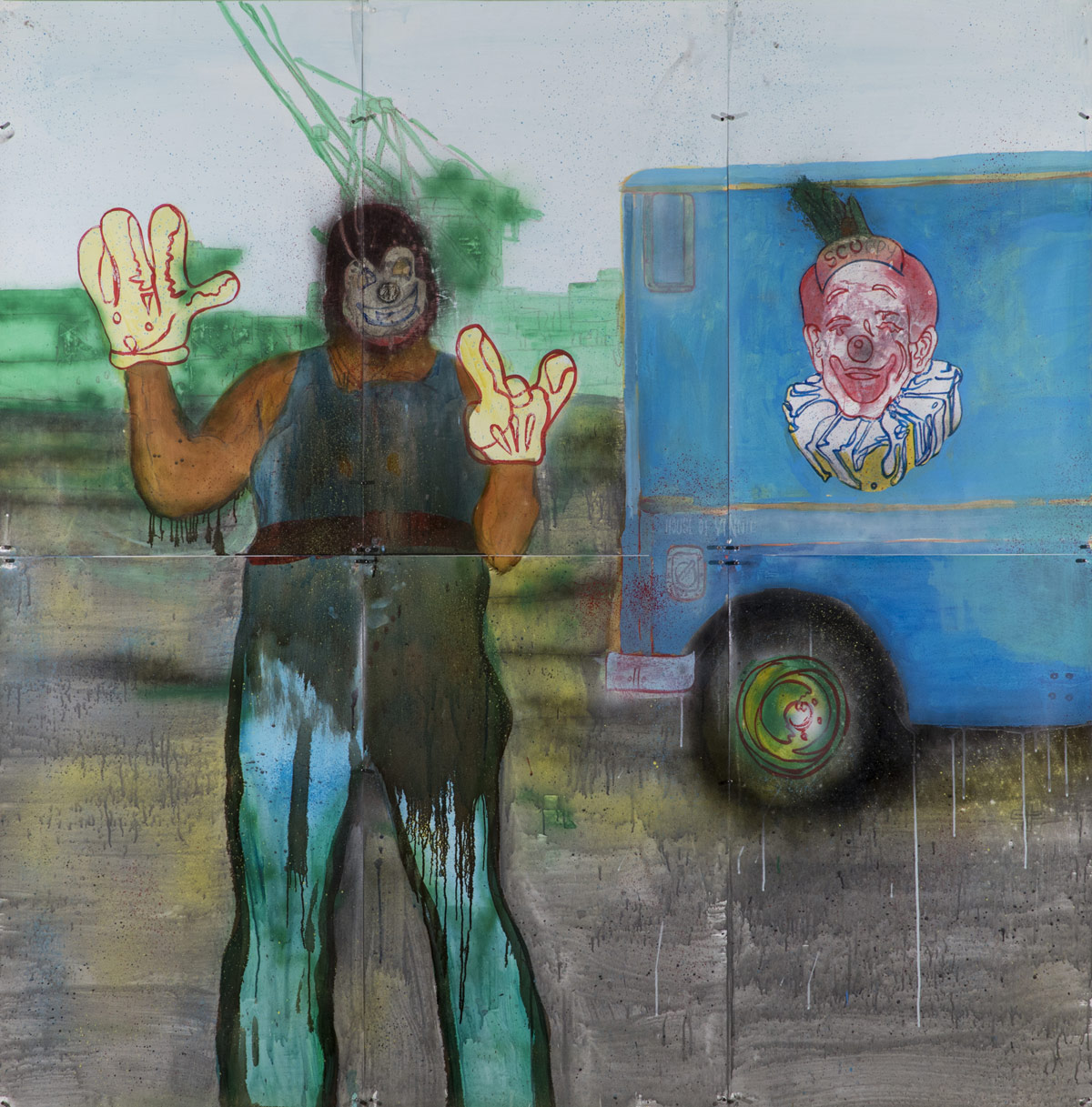 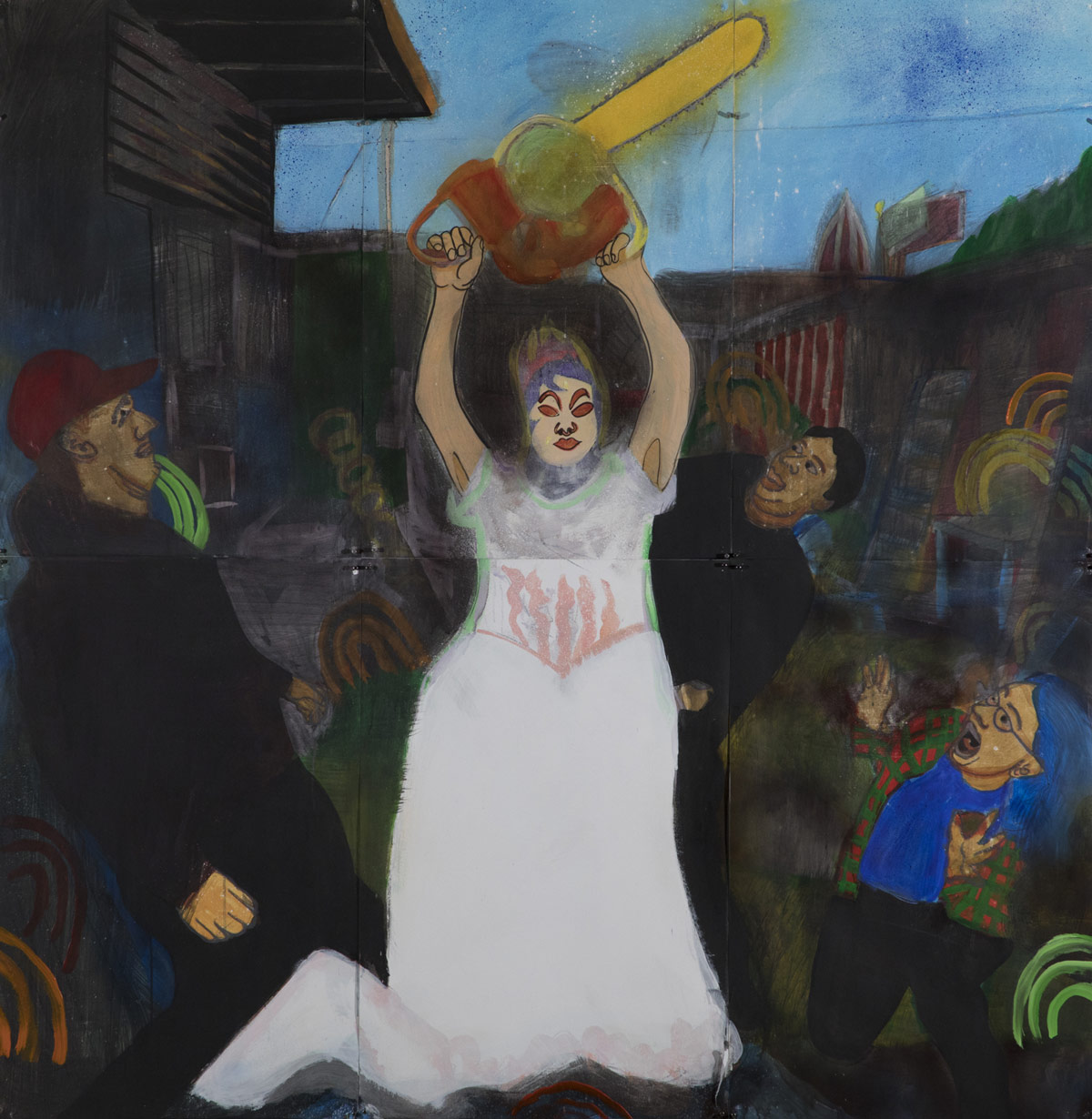 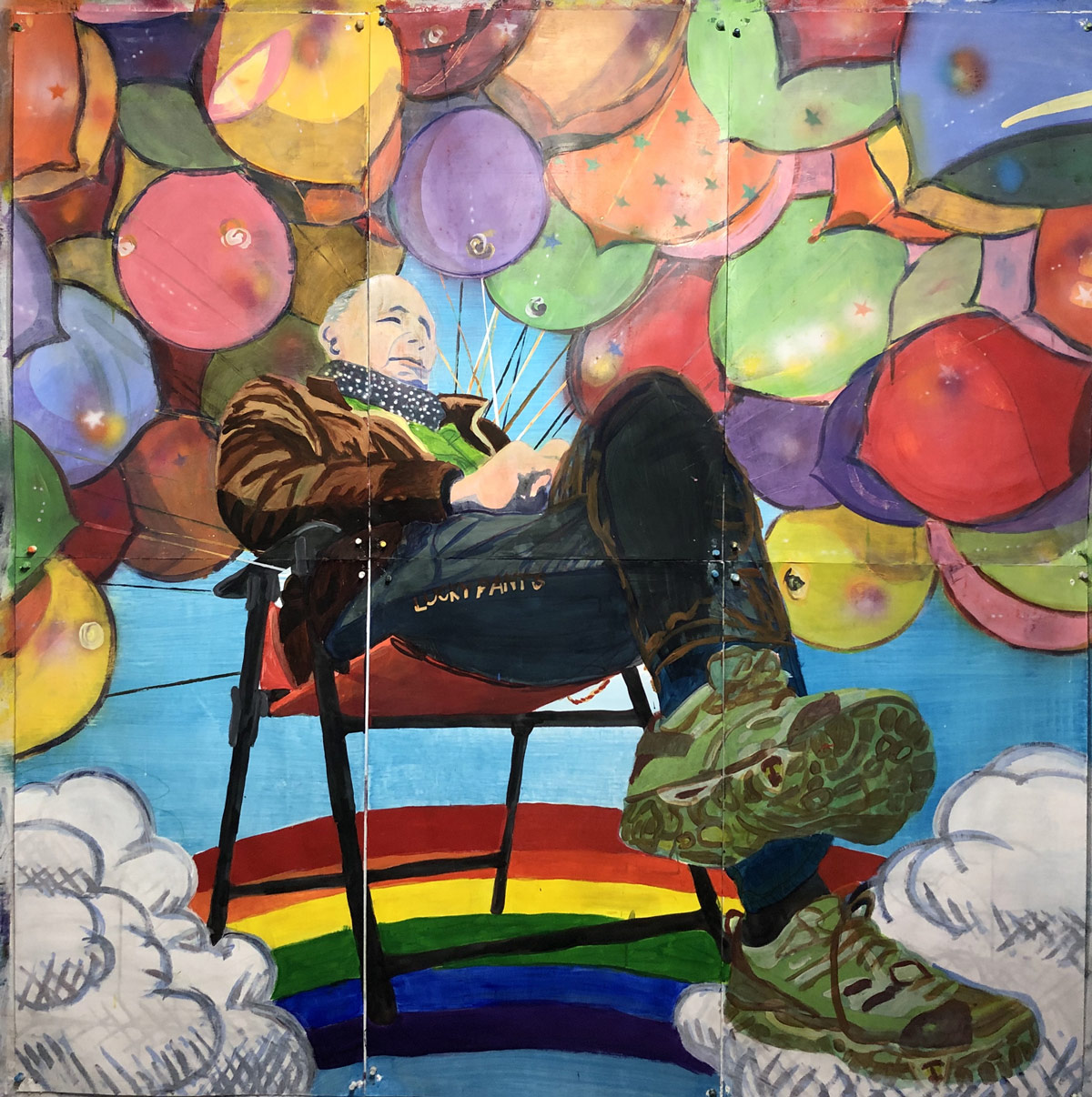 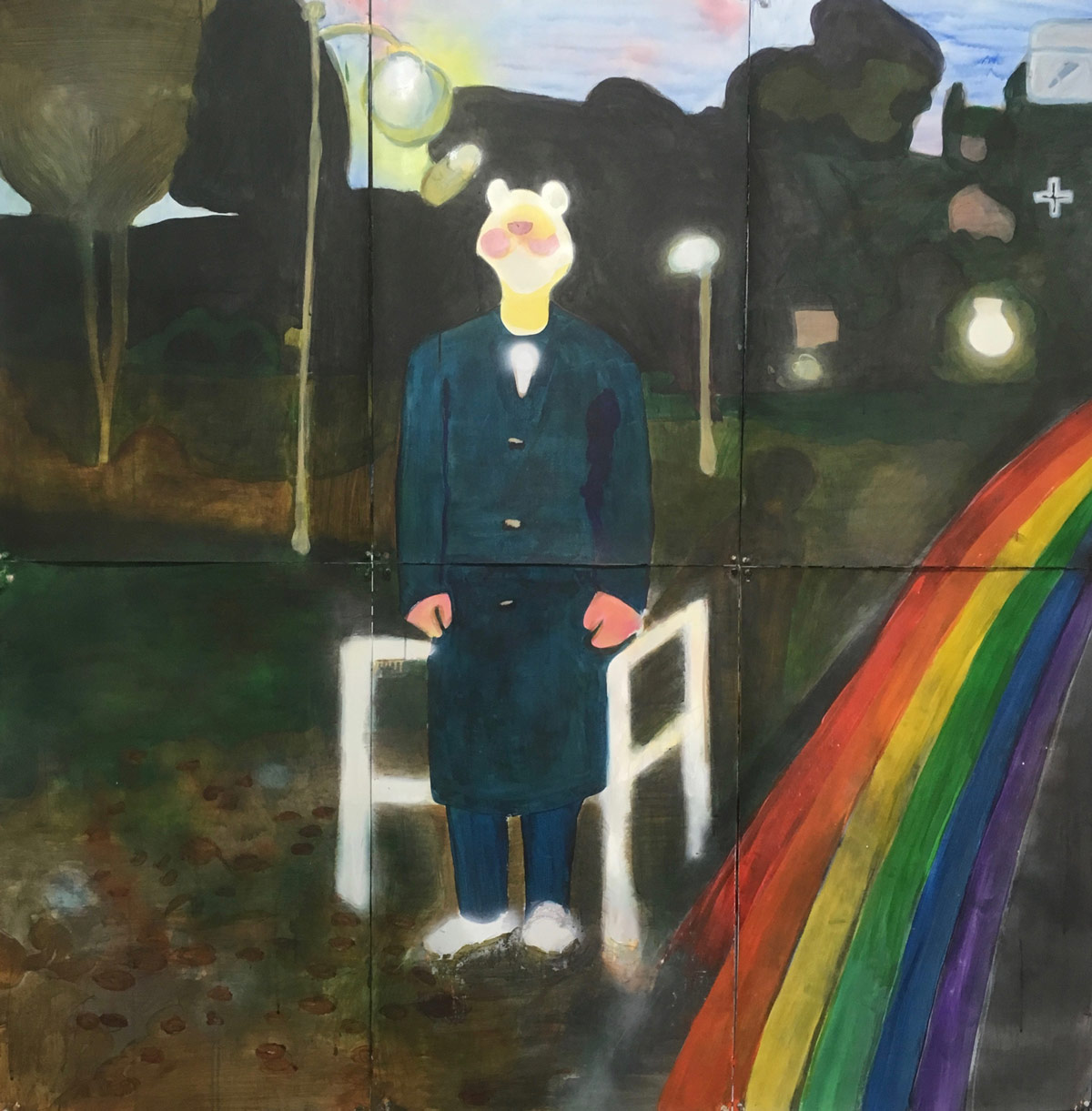 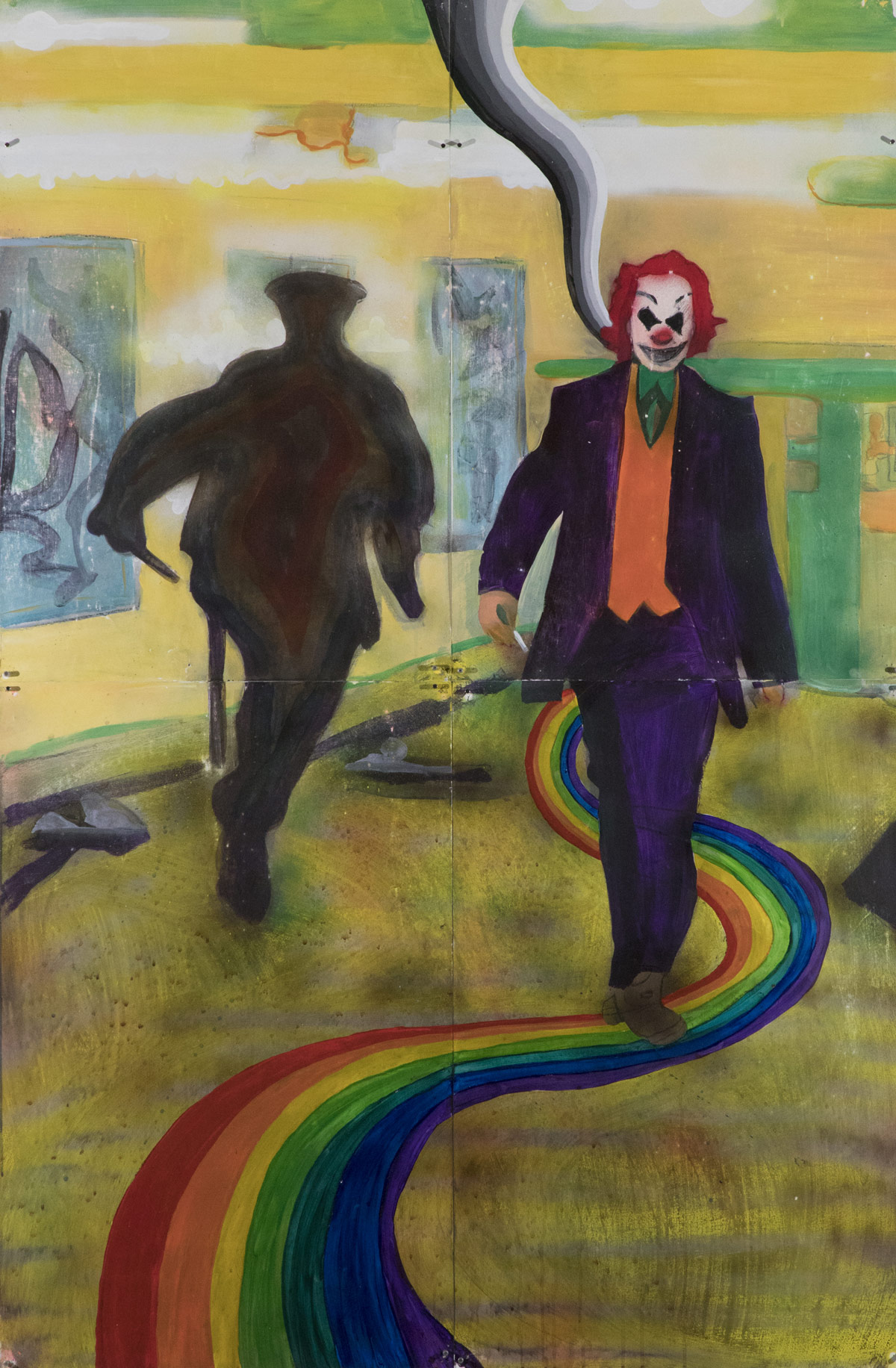 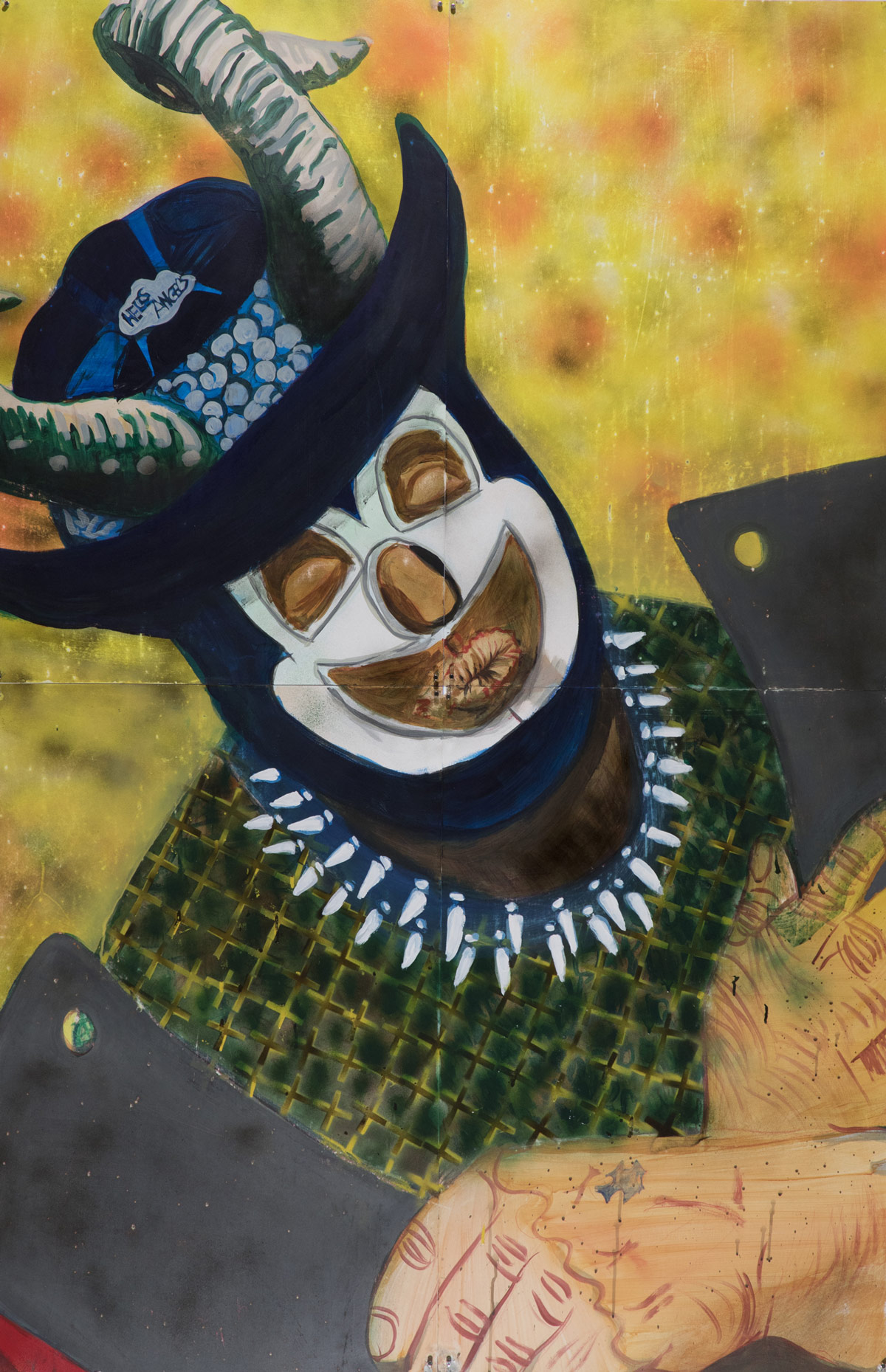 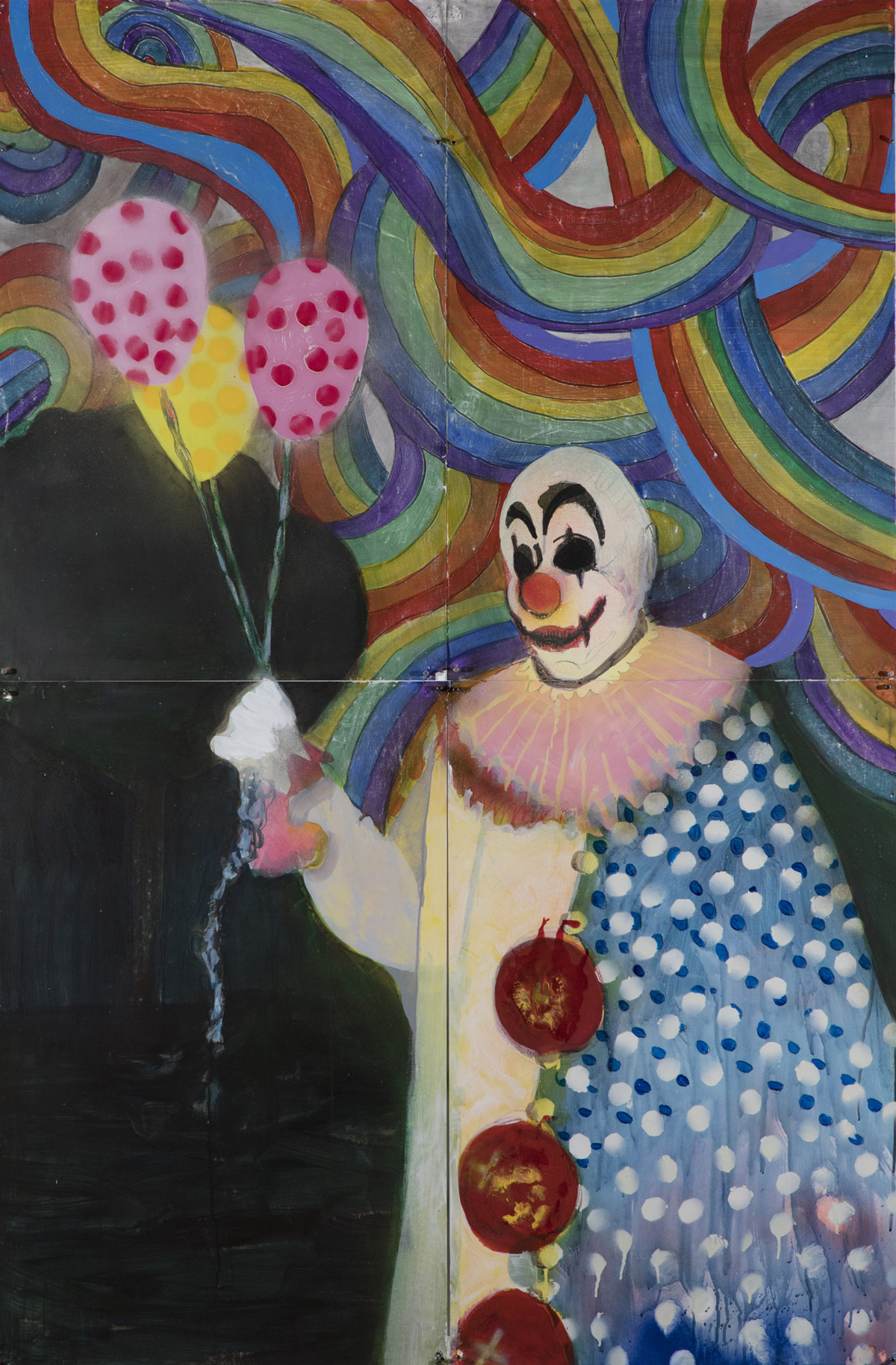 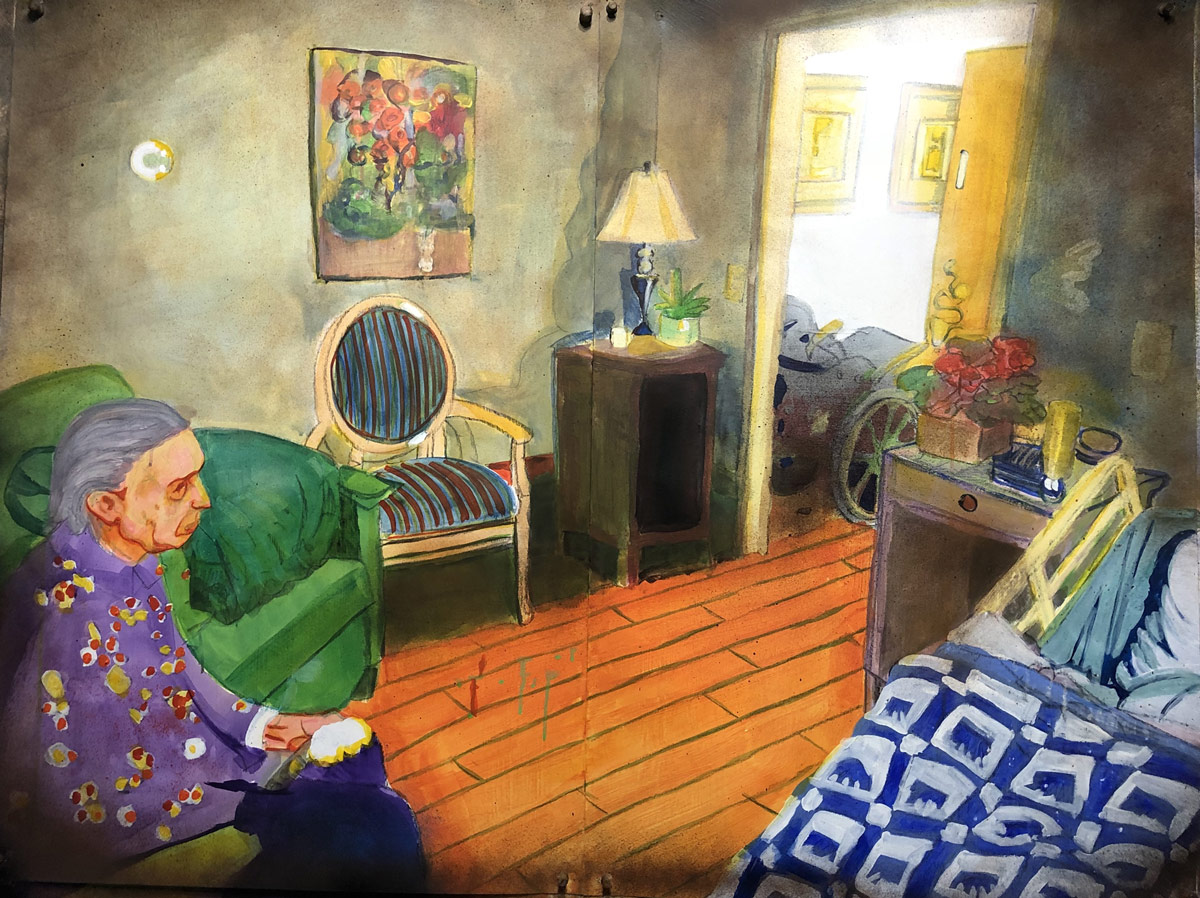 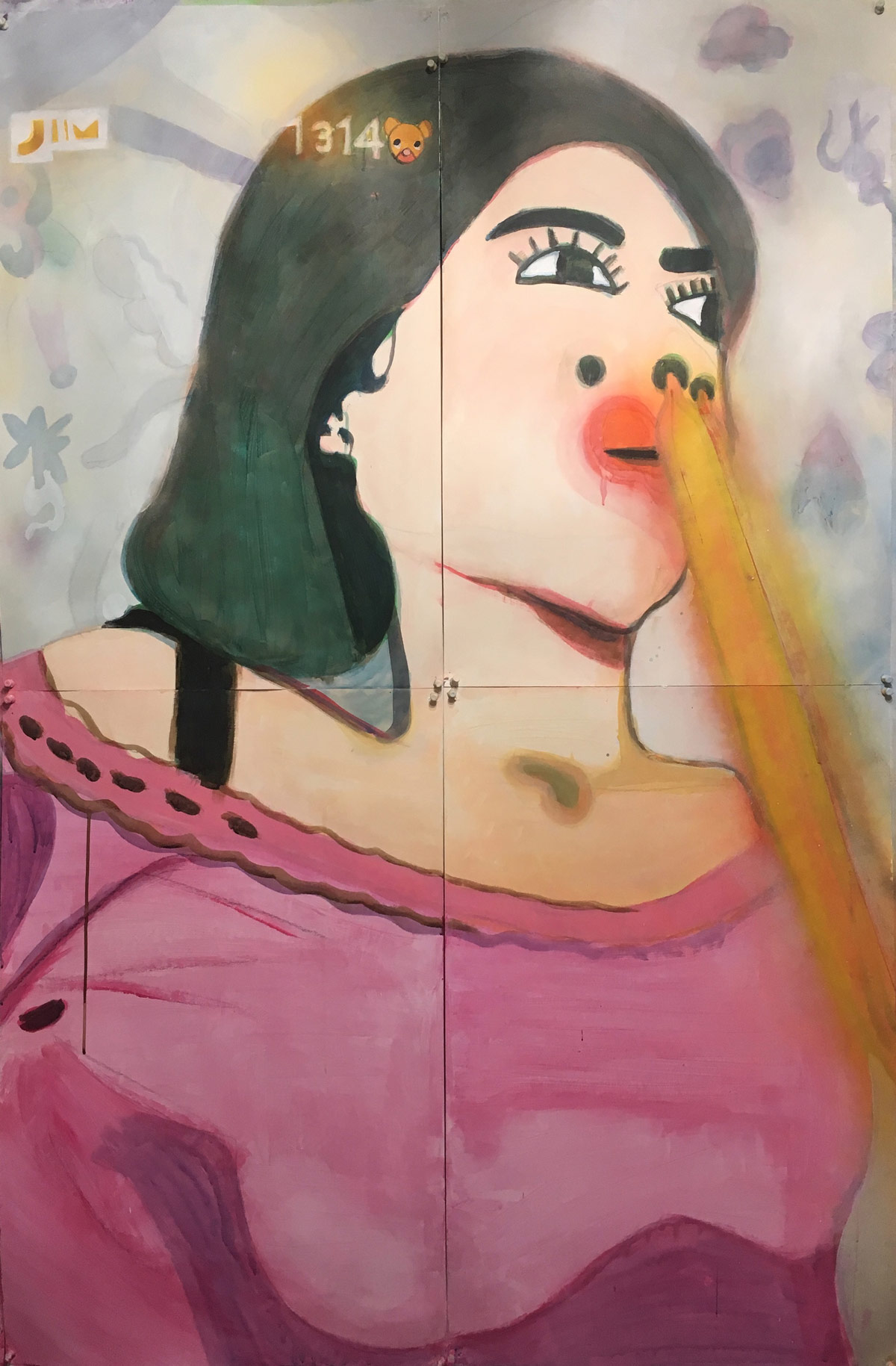 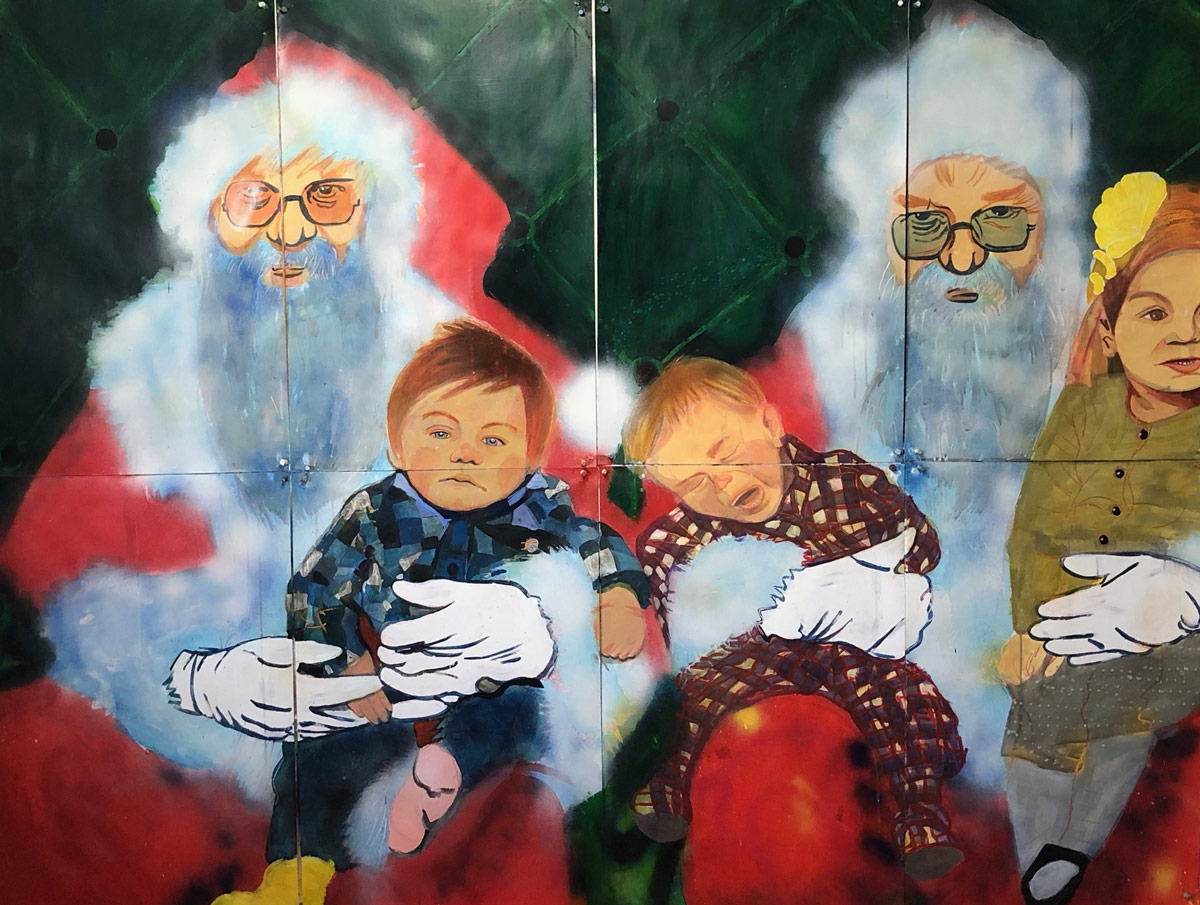 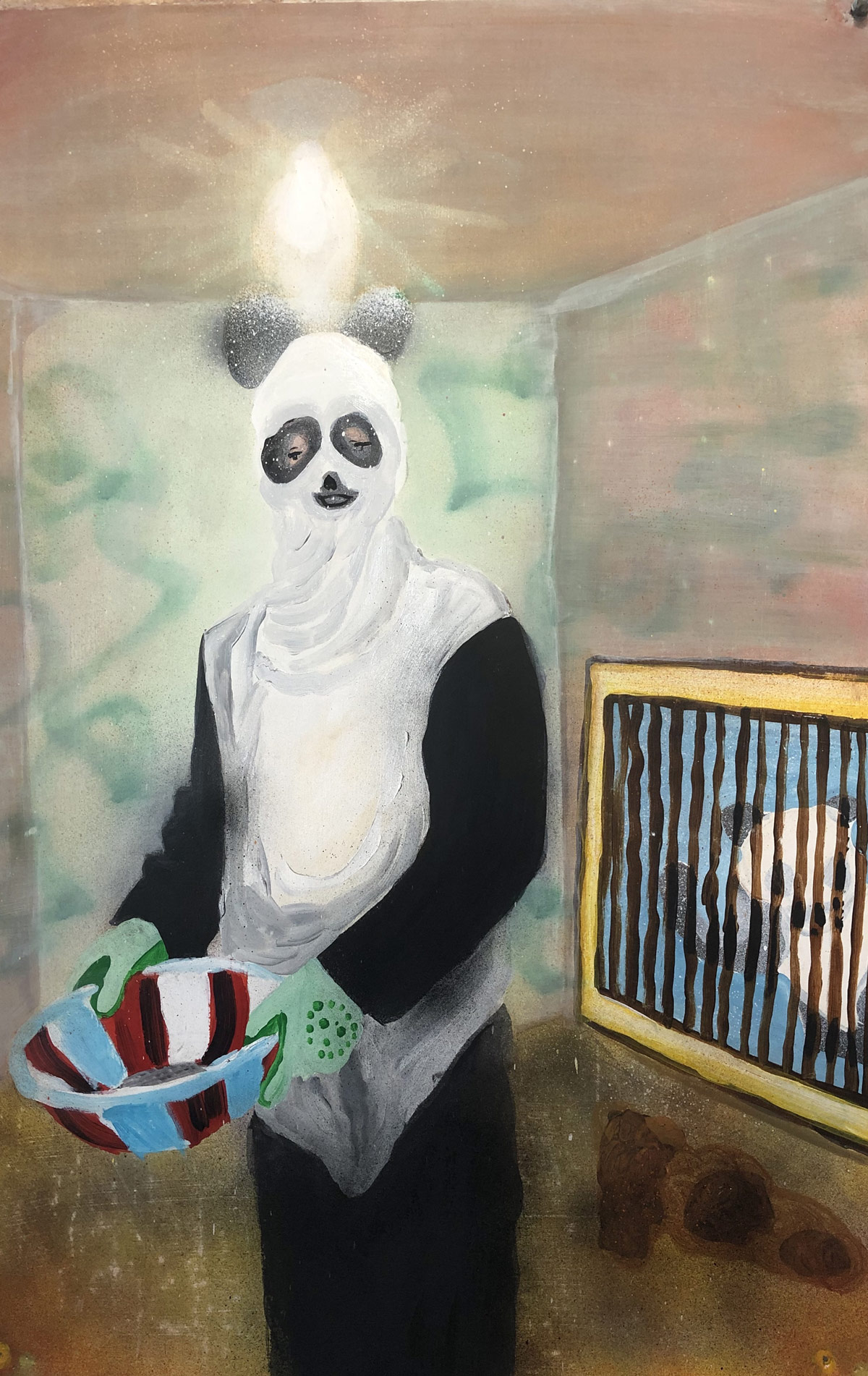 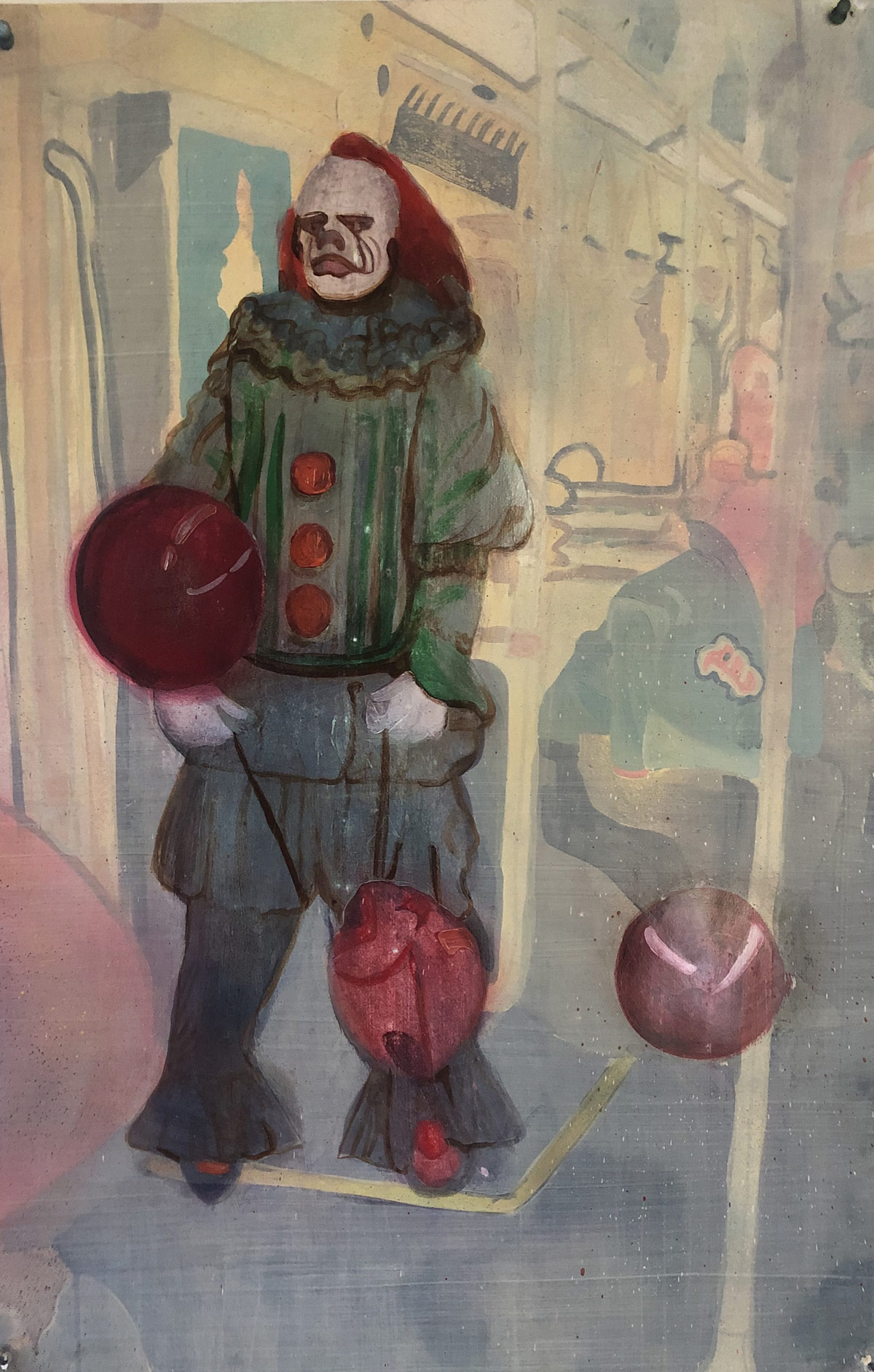 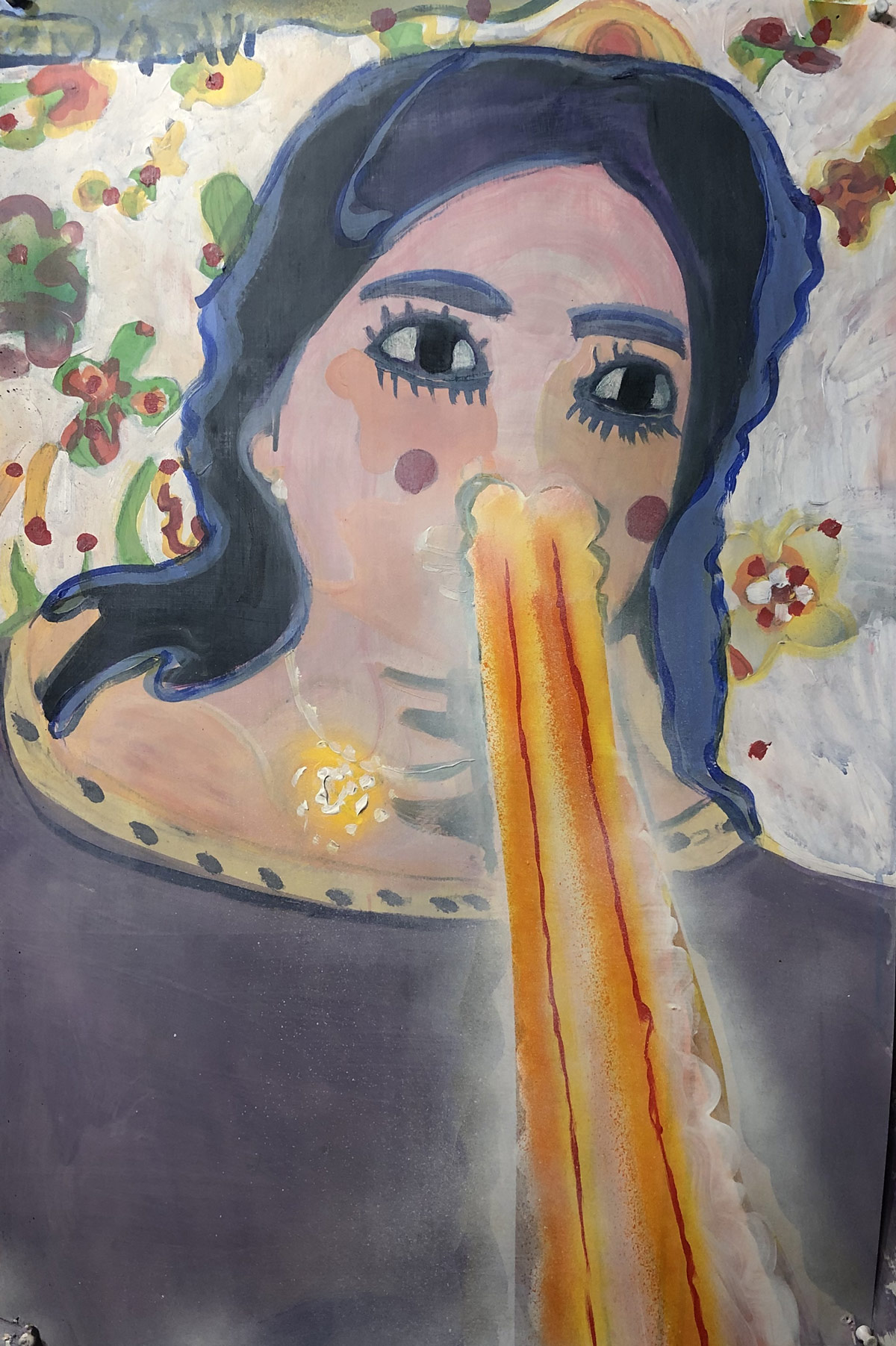 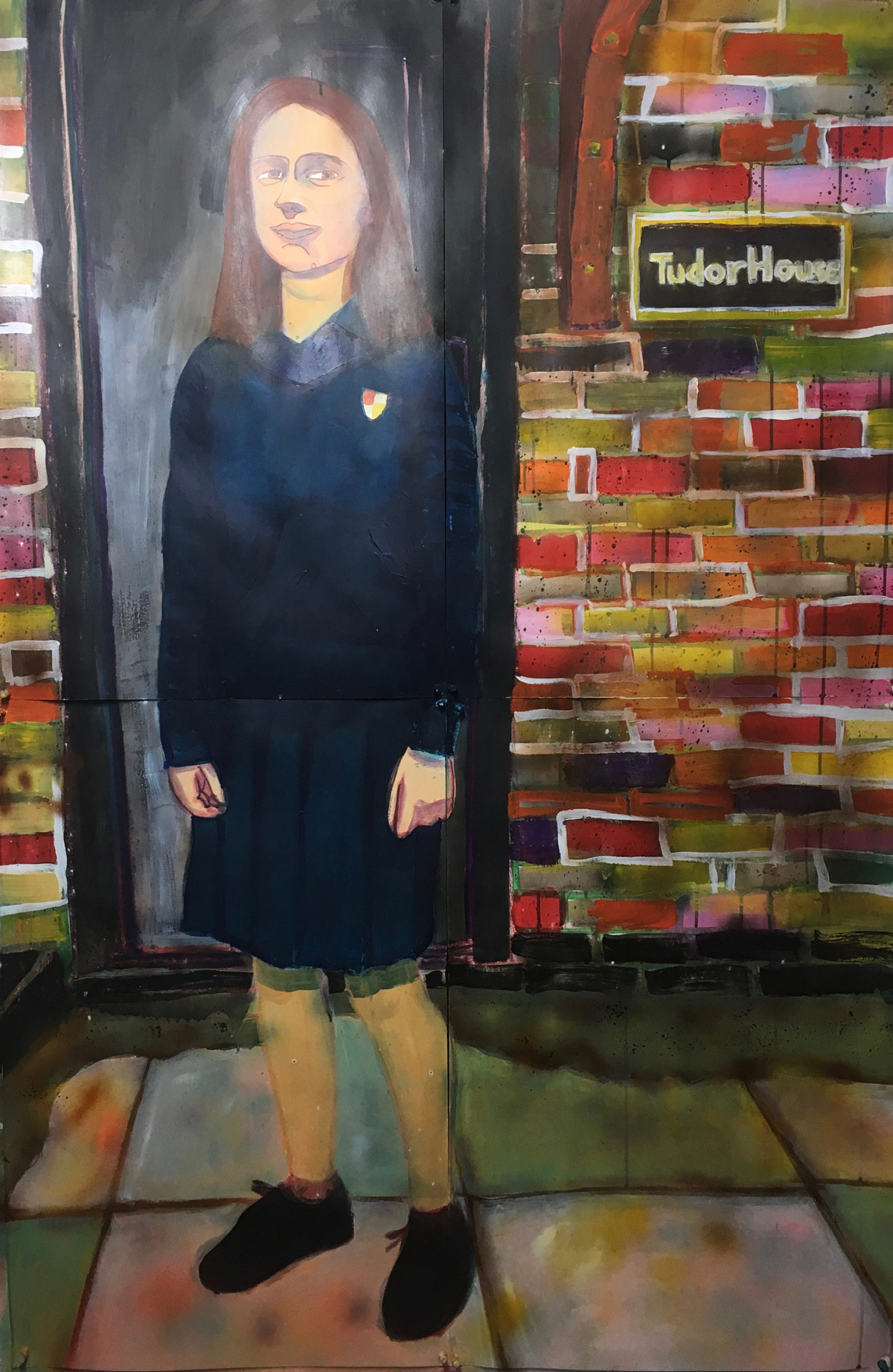 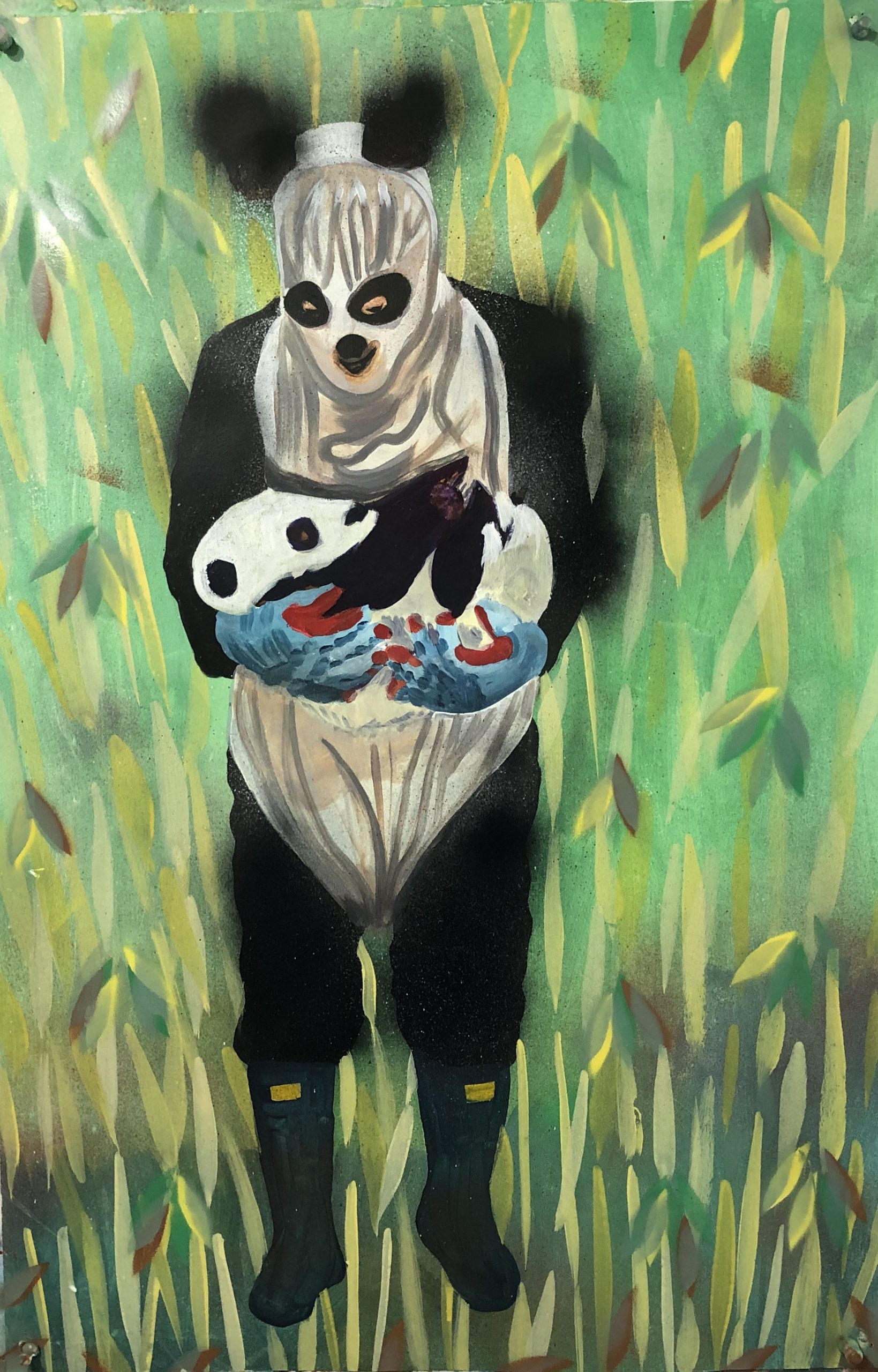 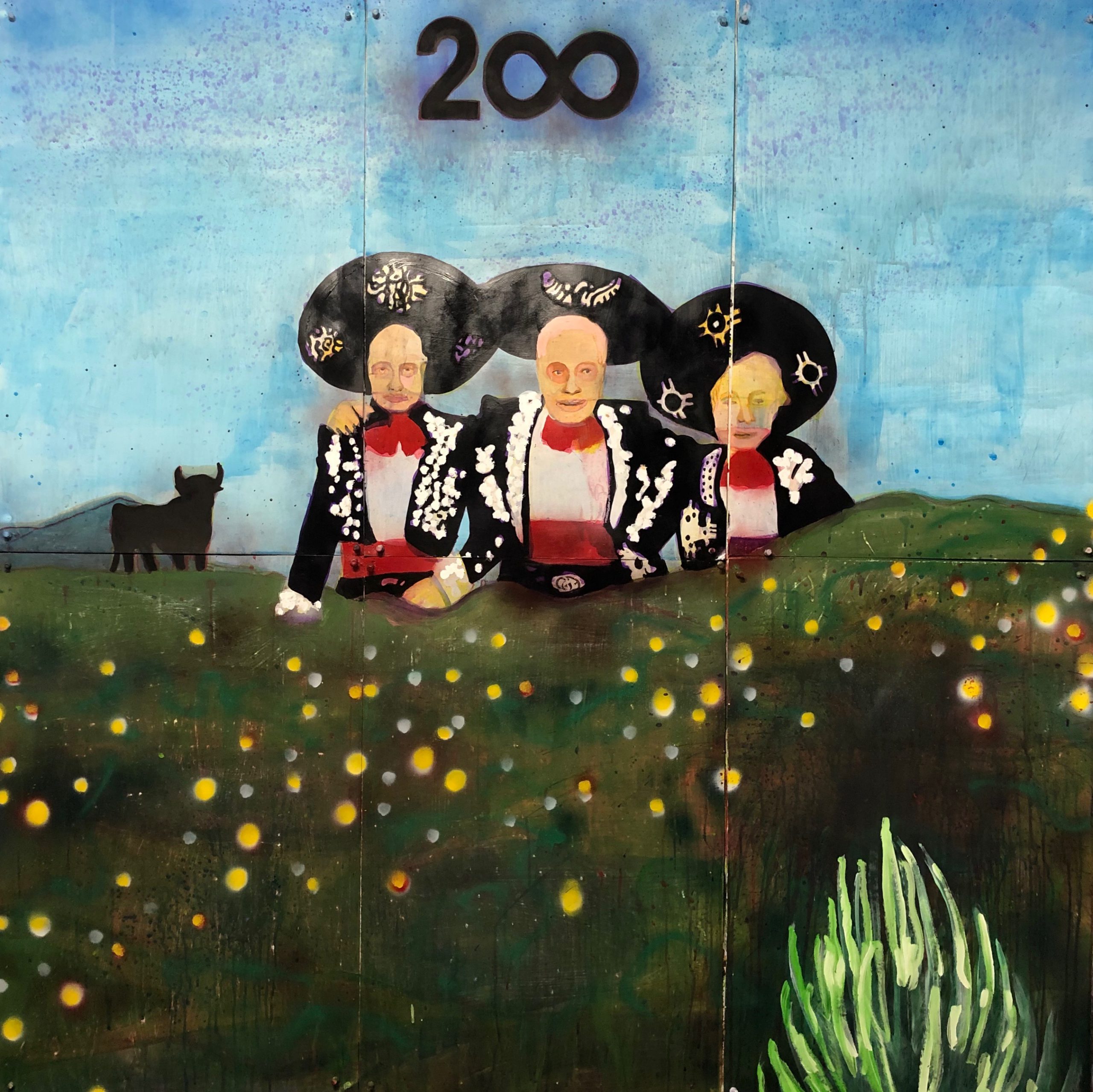 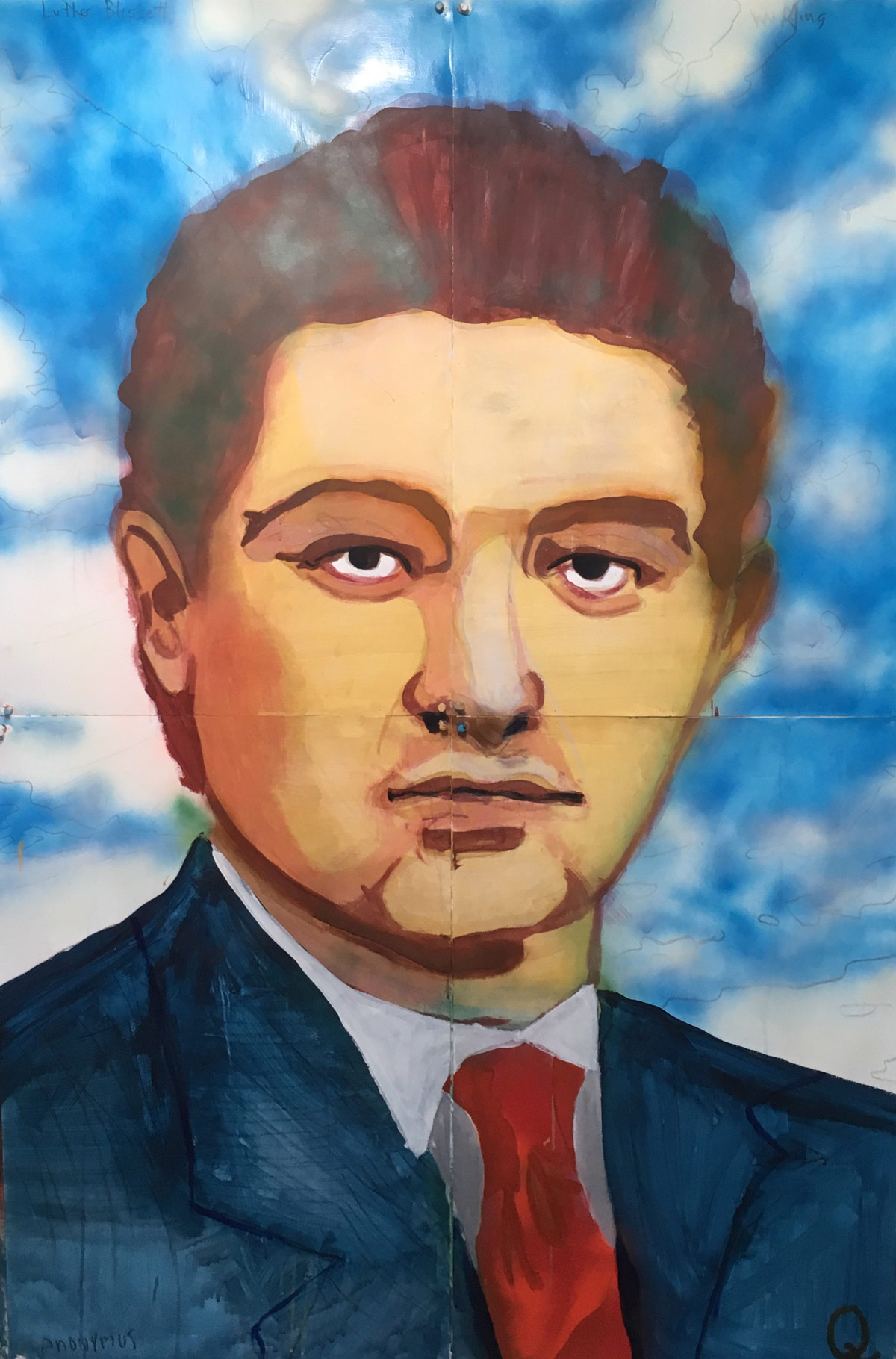 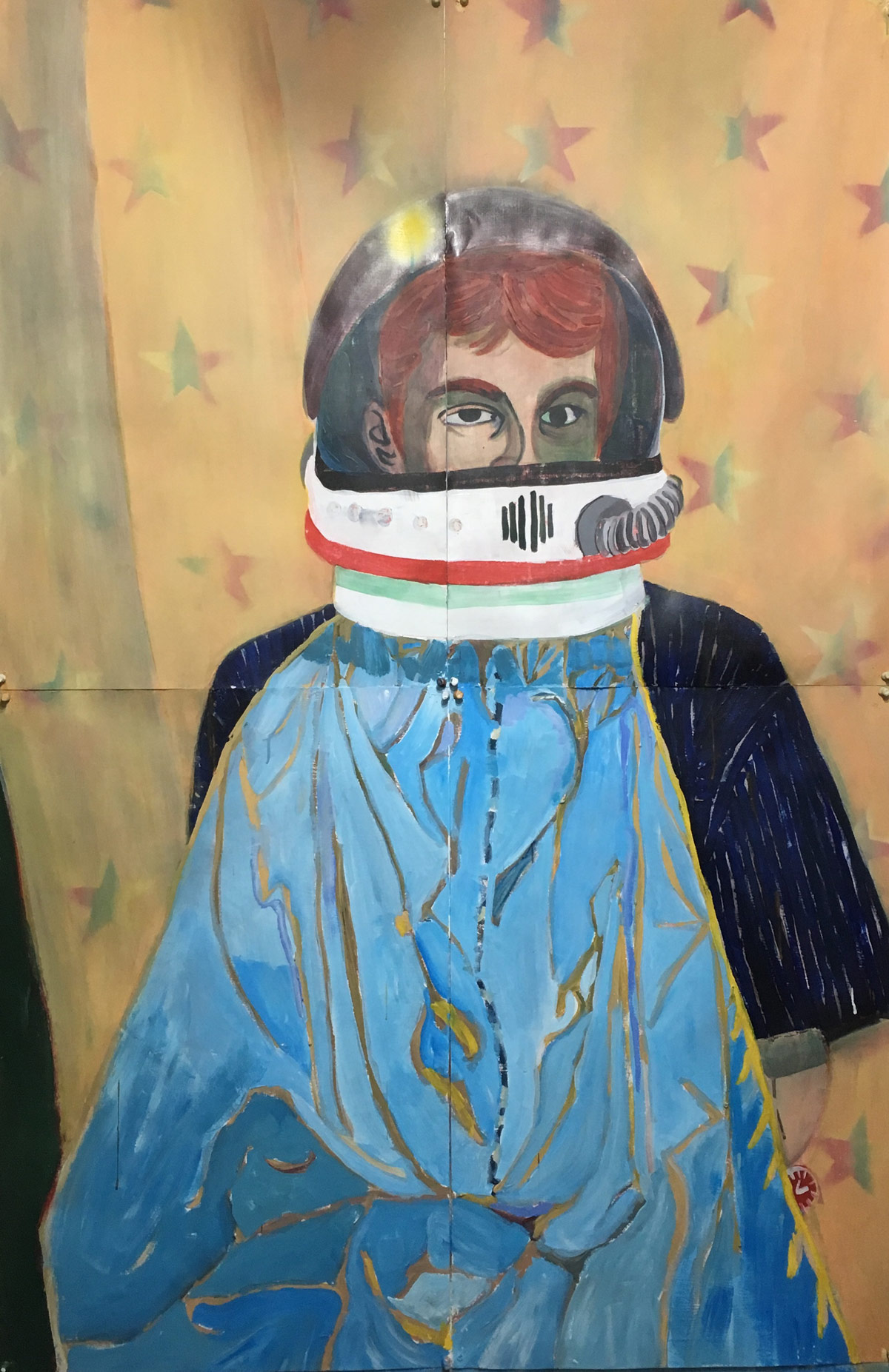 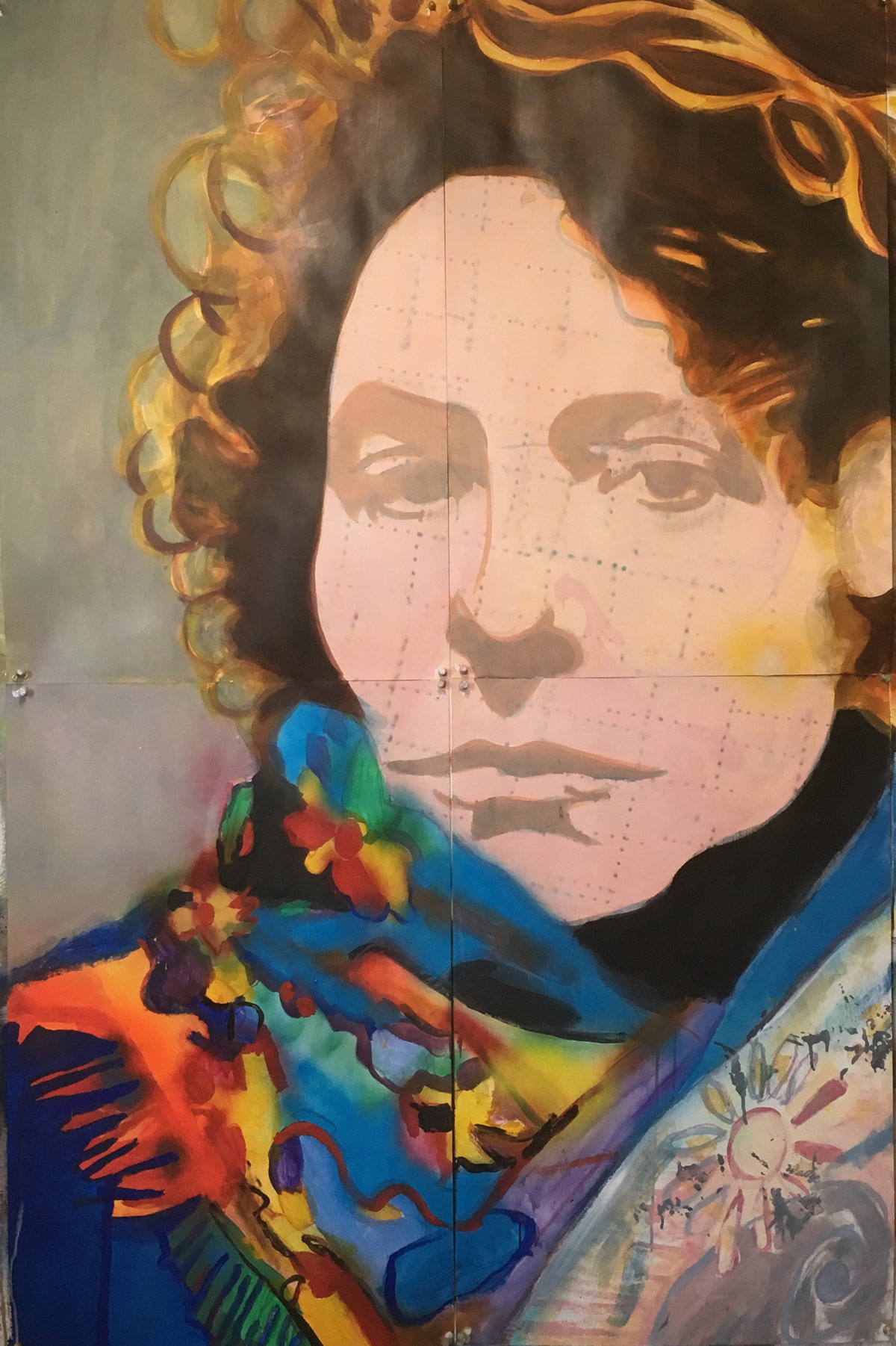