“On the Spot with Richard Nielsen • Artist, painter, photographer and printmaker Richard Nielsen takes us on a bike ride to his Topanga, California studio where he shares about his COVID mask portraits, his work in progress inspired by the total solar eclipse, and more in this Weekend Journal #178!” 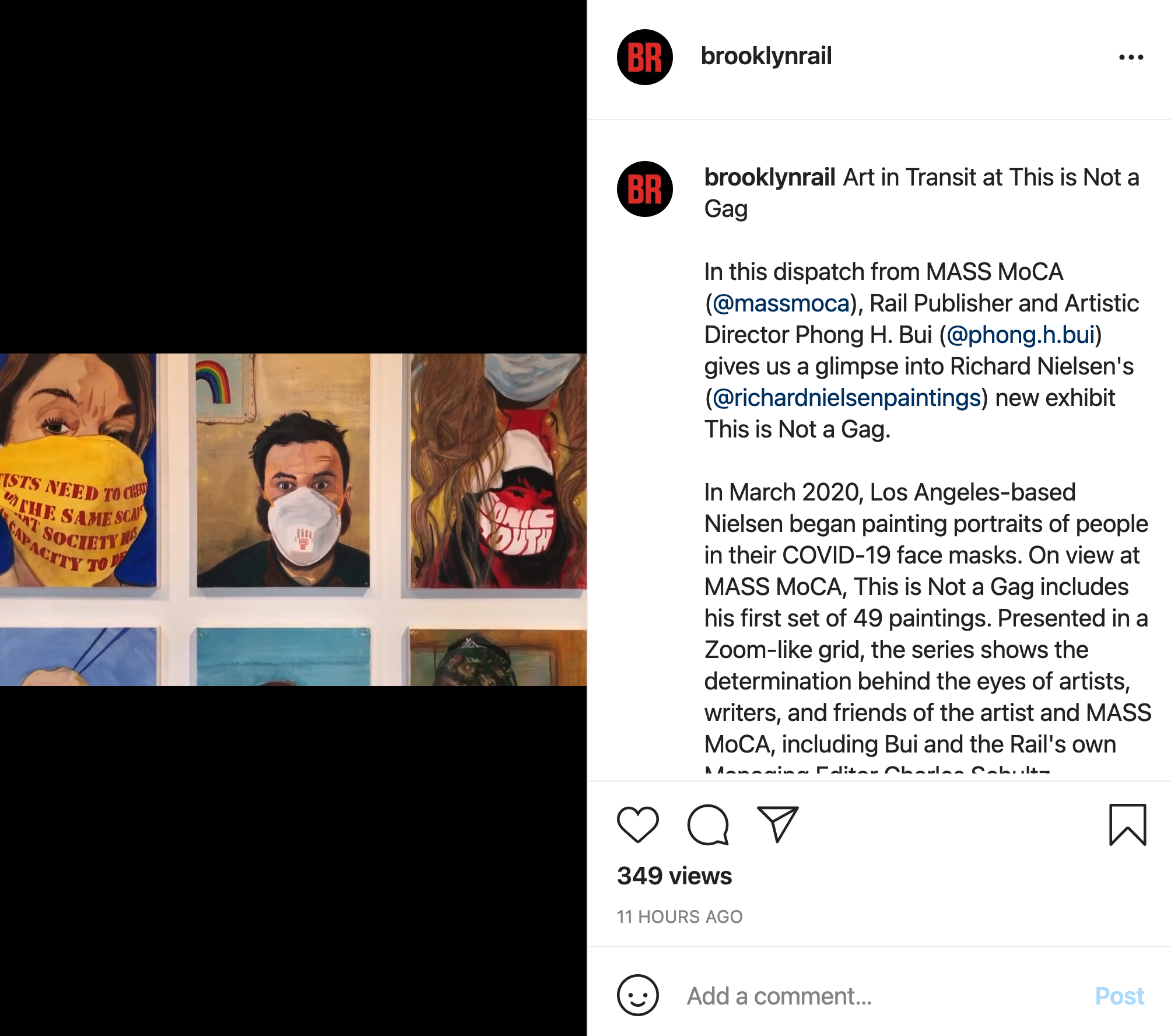 Art in Transit at This is Not a Gag

In this dispatch from MASS MoCA (@massmoca), Rail Publisher and Artistic Director Phong H. Bui (@phong.h.bui) gives us a glimpse into Richard Nielsen's new exhibit This is Not a Gag. 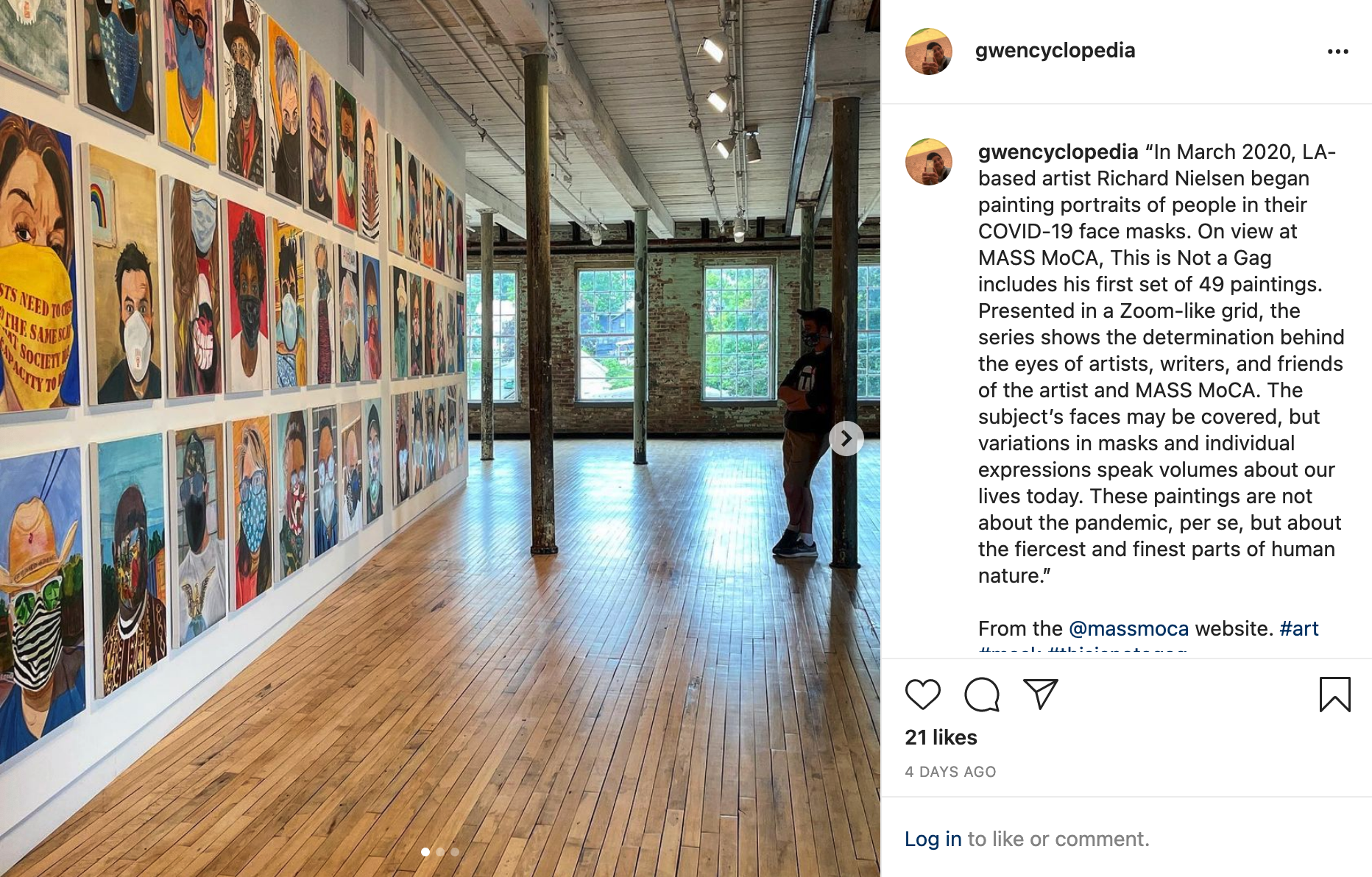 “In March 2020, LA-based artist Richard Nielsen began painting portraits of people in their COVID-19 face masks. On view at MASS MoCA, This is Not a Gag includes his first set of 49 paintings. Presented in a Zoom-like grid, the series shows the determination behind the eyes of artists, writers, and friends of the artist and MASS MoCA. The subject’s faces may be covered, but variations in masks and individual expressions speak volumes about our lives today. These paintings are not about the pandemic, per se, but about the fiercest and finest parts of human nature.” 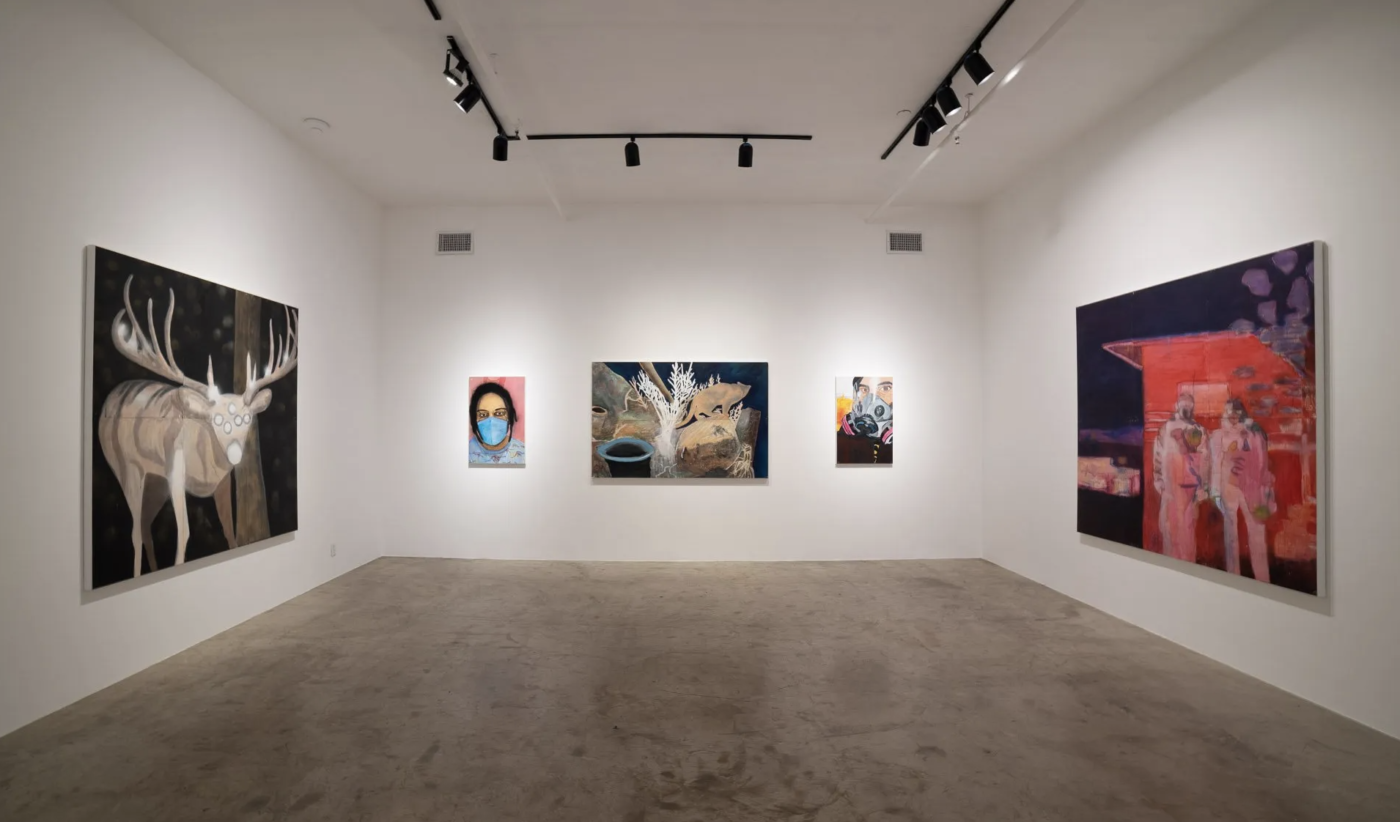 Pick of the Week: Richard Nielsen

The line between the real and unreal is a thin one. Just beyond the horizon, and beyond the corner of our eye, exists only the expanse of our imagination – what you might call magic. And it’s in this liminal space between magic and matter, fact and fiction, that you find “Past Imperfect,” a new exhibition of paintings by Richard Nielsen at Track16.

Artists Richard Nielsen and Johns Collins discuss their art practices and their concurrent exhibitions at Track 16. 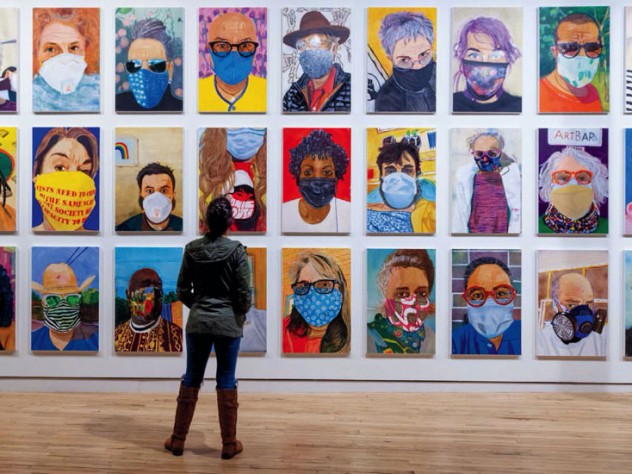 In the early days of the COVID-19 pandemic in the United States, amid spreading fears and sheltered isolation, Los Angeles artist Richard Nielsen painted a colorful portrait of himself in a mask. Soon, he was painting friends and family members in their masks, by way of cell-phone-snapped selfies they sent to him. When he texted a few portraits to his friend Denise Markonish, MASS MoCA’s senior curator and director of exhibitions, she also sent back a mask-wearing selfie, which he turned into a painting, too. Their two circles of friends and colleagues soon became part of a growing community of Nielsen-painted portraits, 49 of them now on display in “This is Not a Gag,” at the North Adams museum through 2021. “Working with Richard created a shared experience and conversation, a collective, especially as we each were having our own private experiences,” says Markonish, whose masked face is among those exhibited. “When everything seemed so uncertain, this was an incredible, playful thing to do. It brightened things.” 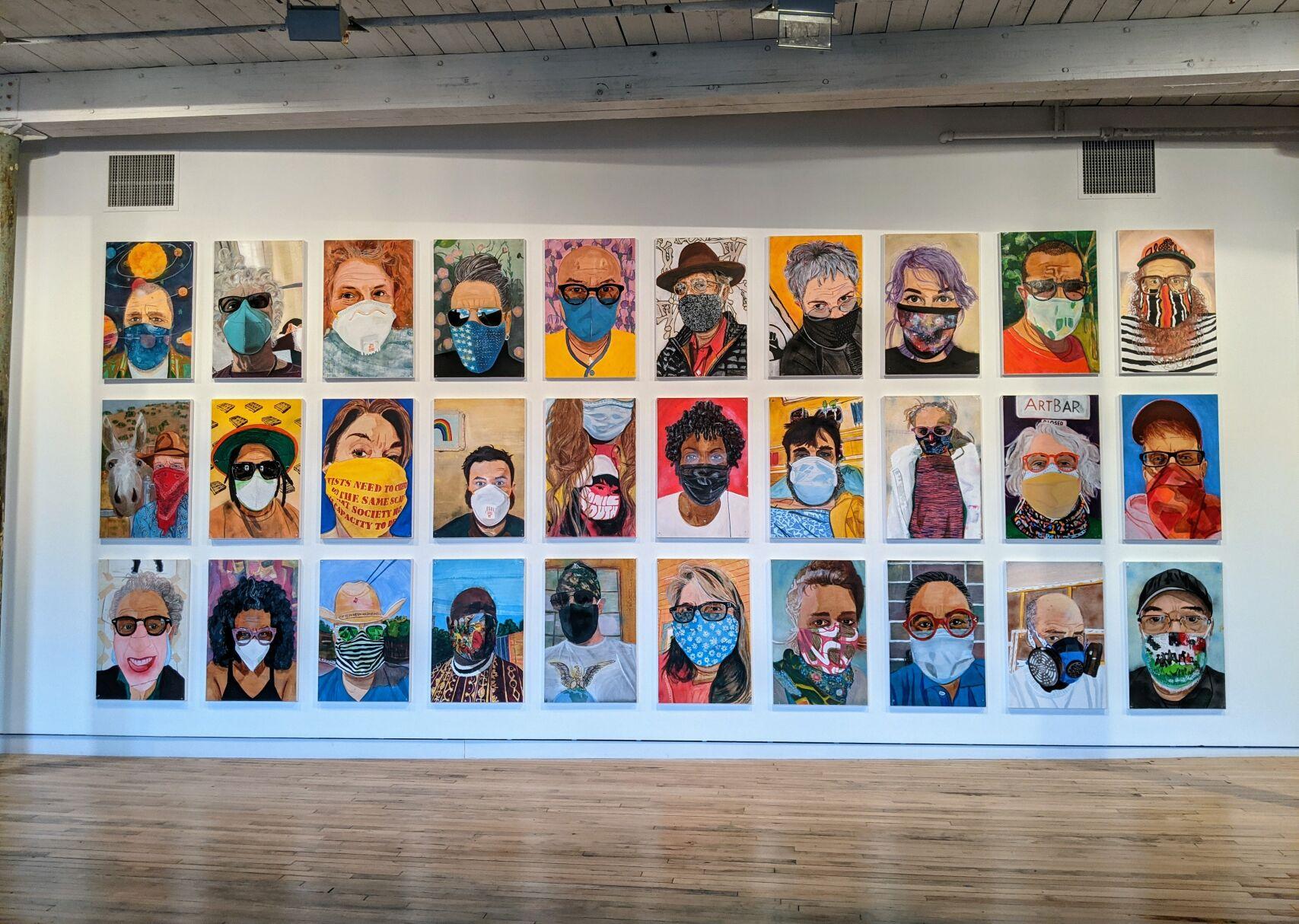 5 Berkshire art shows that captured the essence of 2020

By Jennifer Huberdeau for The Berkshire Eagle

Does art reflect society? Or does society reflect art? Can each influence the other simultaneously?

The answer to those philosophical questions — a topic of debate for over a century — may be found in the exhibitions of the Clark Art Institute, the Massachusetts Museum of Contemporary Art and the Norman Rockwell Museum opened at the end of the state-mandated COVID-19-related closure of museums.

Although the shutdown pushed a majority of the summer's scheduled programming into 2021, exhibitions that did open in 2020 seemed to reflect society at every crucial moment of the year, both prior to and during the pandemic.

Here are 5 Berkshire art shows that best captured the essence of 2020 ... 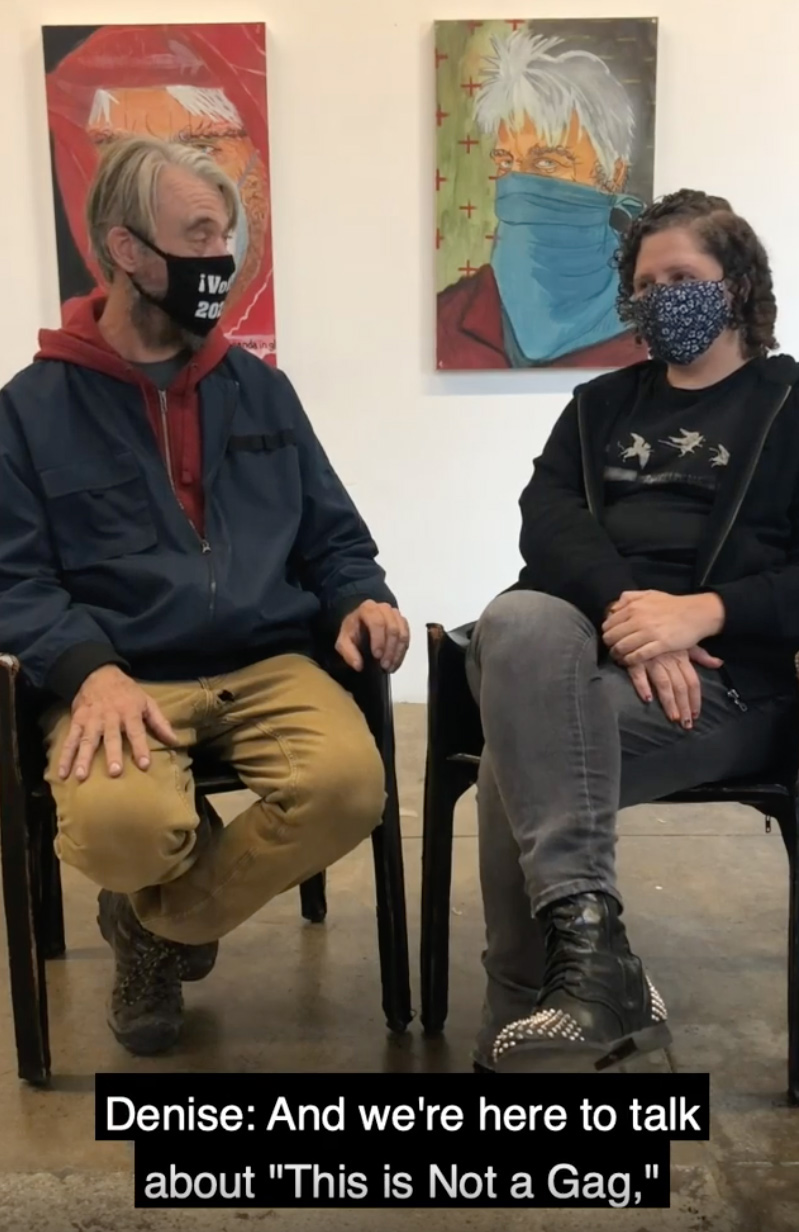 Our dear friend and artist Rich Nielsen (@richardnielsenpaintings) sat with curator Denise Markonish to discuss his show of mask selfie portraits "This is Not a Gag," currently on view @massmoca.

The set of 49 portraits synthesizes Nielsen's painting practice with the ethic of community engaged art he practices in collaboration with @metabolicstudio and we love to see it.

This is Not a Gag is on view now through next year. 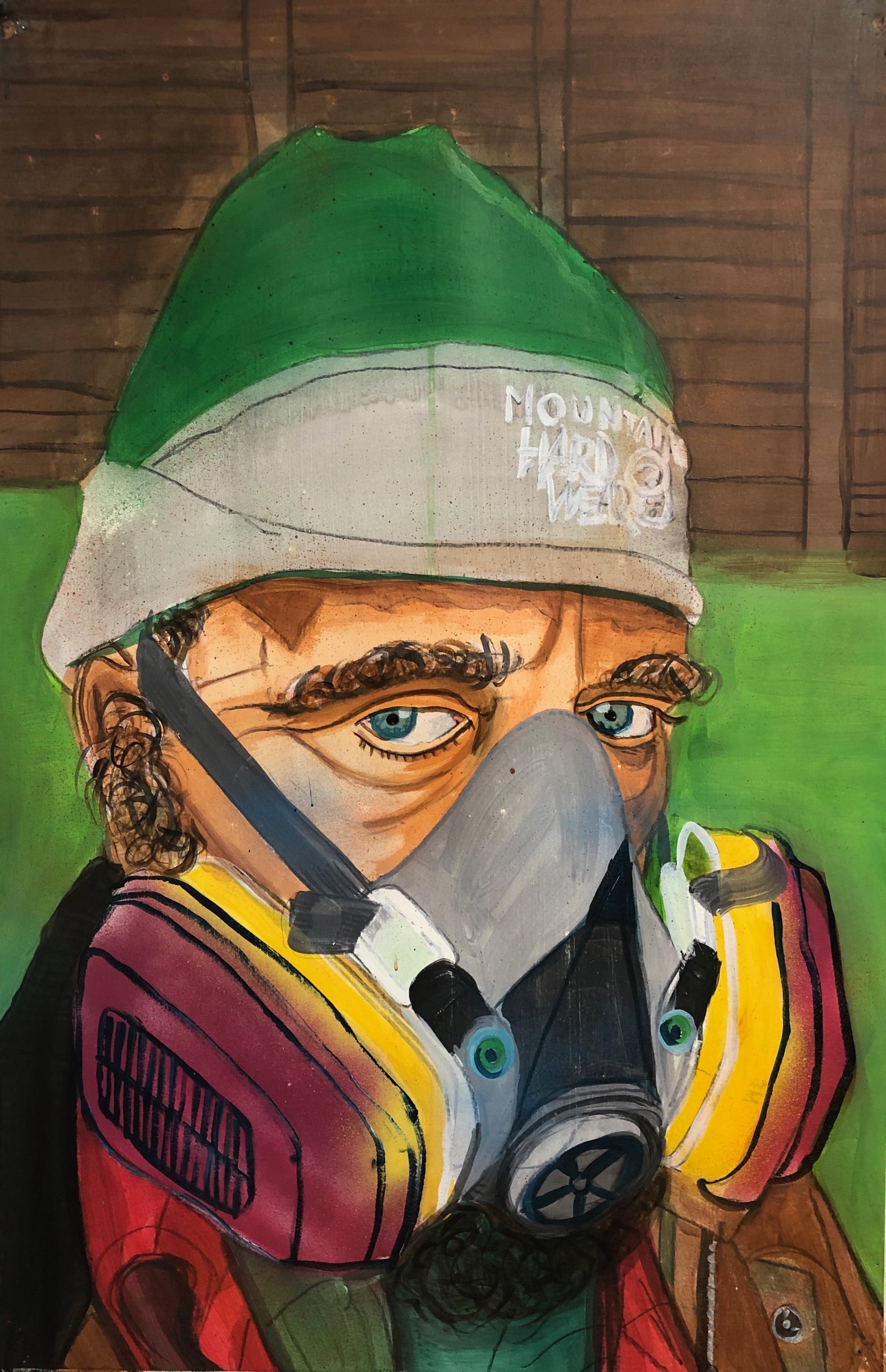 What would 2020 look like if you could paint its portrait? Artist Richard Nielsen dared to find out

By Jennifer Huberdeau for The Berkshire Eagle

Eyes peer over brightly colored swaths of cloth, handkerchiefs, medical masks and air-purifying respirators. A few of the masks are plain and store bought. Others are homemade with colorful patterns or prints on them. Some have messages emblazoned across them. One is crocheted and looks like a coral reef. Another is a gas mask.

Hung side-by-side in a grid, the masked faces are suspended in time, staring out at the viewer. Are they waiting? Are they listening? Are they daydreaming? Is it a meeting over Zoom?

Richard Nielsen’s latest work — portraits painted in the months following the arrival of COVID-19 and stay-at-home orders — is not a commentary on wearing face masks, the pandemic or Zoom conference calls.

But it’s hard not to think of all three when viewing his new exhibition, “This Is Not A Gag,” opening Saturday at the Massachusetts Museum of Contemporary Art.

As the pandemic continues to affect industries everywhere, artists have been responding to our new reality with creativity and resilience. In response to the Covid-19 pandemic, California had released a policy for mandatory masks earlier this year, making masked faces prevalent in the golden state. Alum Richard Nielsen resides in Los Angeles and one day caught his masked reflection and felt the wave of realization that this was going to be how he appeared to the outside world for the foreseeable future. Richard, who graduated with a Diploma in Visual Arts in 1988, started exploring this new normal of his reflection through painting masked selfies. 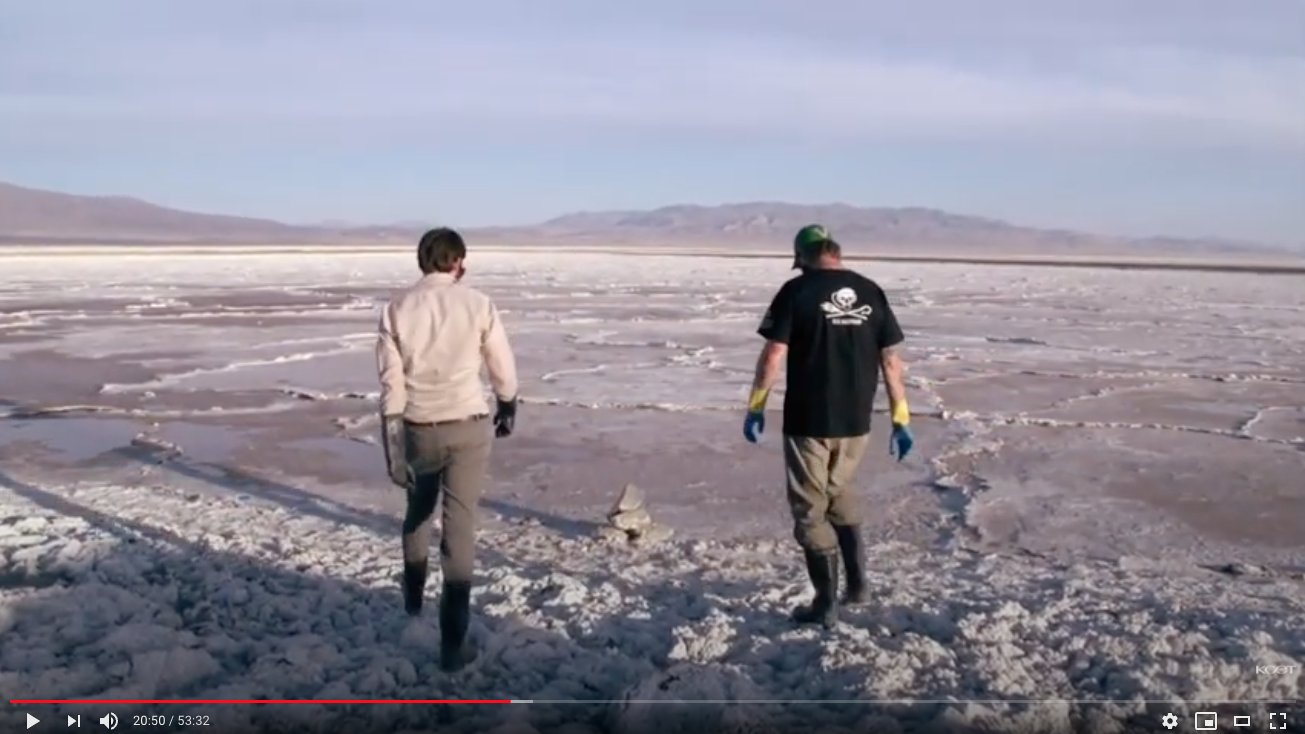 Artbound kicks off their third season with a one-hour special looking at Lauren Bon and the Metabolic Studio's "AgH2O" project which connects the elements mined from the Owens Valley, silver and water, to the emergence of the film industry. Silver mined from the Owens Valley was shipped to Rochester, New York, where it was used to make film. That film was then shipped back to Hollywood where films where made -- often shot on locations where the silver itself was from.

In this episode, Artbound focuses on the Optics Division of the Metabolic Studio. The Optics Division is on a quest for the perfect indexical image, an image not just of the valley but made from the valley. The team has been working on all aspects of production including the camera(s), the film stock, the developers and fixatives, all sourced from the dry lake bed.

Bon and The Optics Division's tools include the "Liminal Camera," a portable camera and darkroom housed in a shipping container. The team can produce large black and white images matching the size of the container itself in a few hours.

The special explores other tools that have been developed by the Optics Division including the "Silo Camera" located in a one hundred foot silo on the edge of the Owens Dry Lake Bed and Mine Camera. The rig is being used to see the mine shaft, unused for nearly 100 years, that provided the silver for the pioneering film industry. 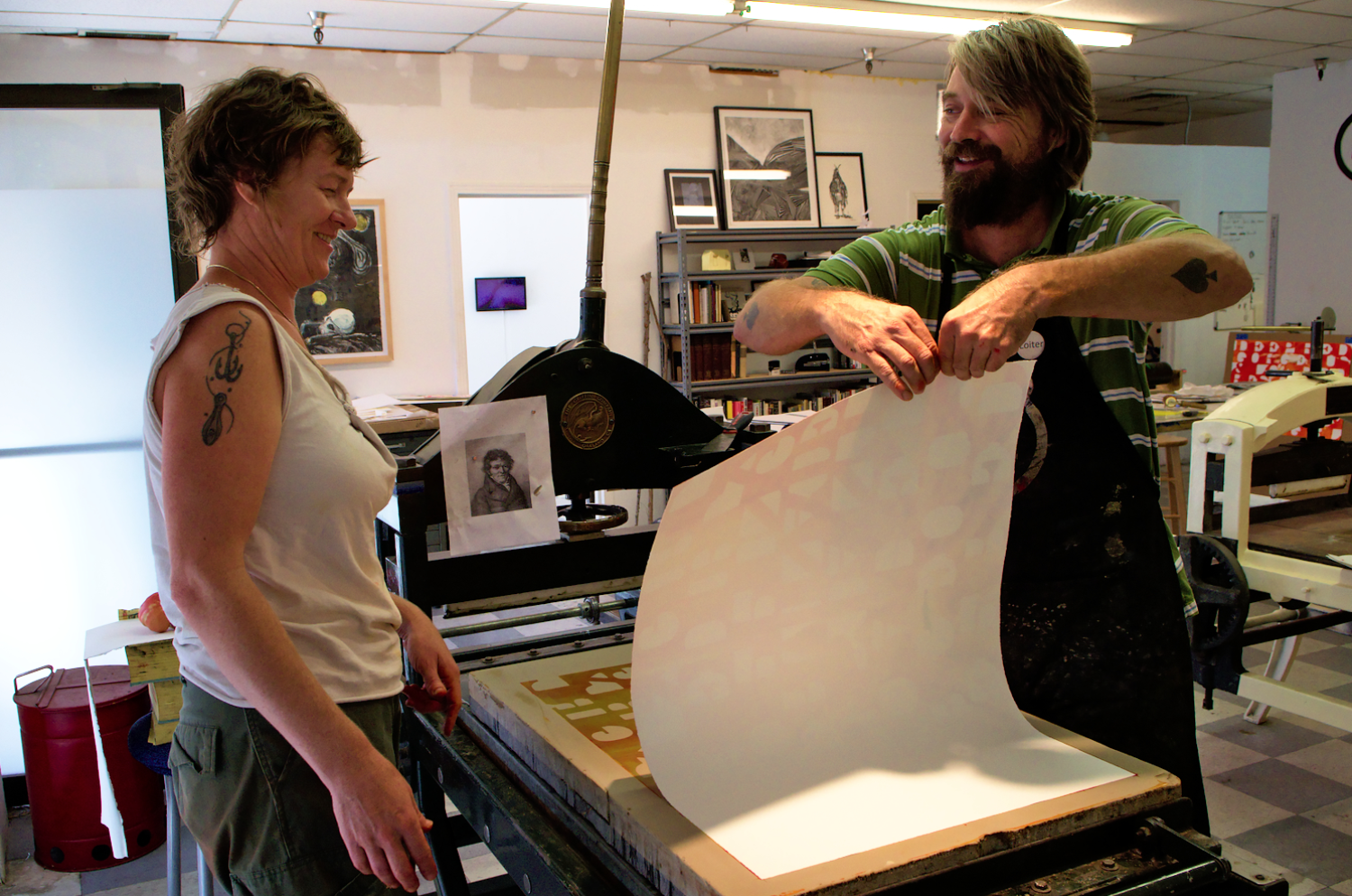 Untitled Prints & Editions, located in Chinatown, was founded in 2011 by Richard Nielsen. This studio focuses on the art of printmaking akin to what the seminal and legendary Tamarind studio did in 1959: The studio's door is always open, welcoming professional artists such as Jessica Rath, and student interns such as Penelope Uribe-Abee.

Richard pursues the same accompanying philosophy, seeking "to support artists' sustainability, collaboration and experimentation", here assisting Jessica Rath on a complex lithography project. "The pressure is under the press, not on your shoulders" reassures Richard. 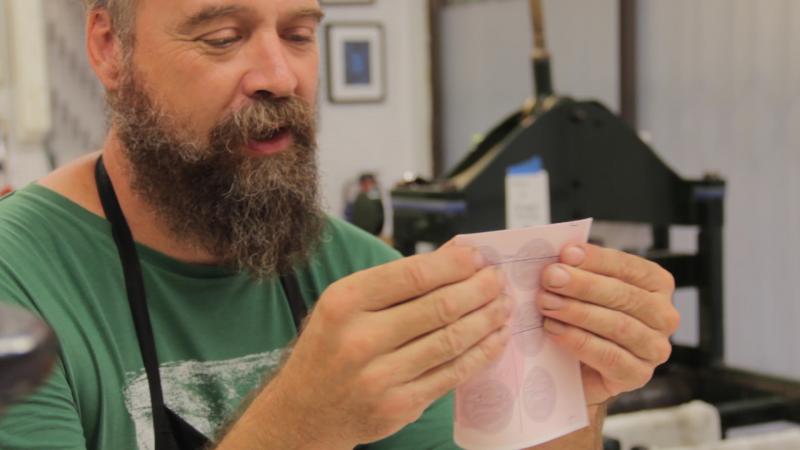 Chinatown: The Tale Of Three Plazas

Chinatown businesses are holding their breaths. With only six months to go, the heart of Chinatown will look very different in April 2016. A five-story mixed-use multifamily apartment and shopping complex called Blossom Plaza is on its way to completion.

The plaza will be a very different scene from the one next door.

Just a block down the street is a quiet two-story office building called Mandarin Plaza. Garnered with a crimson red pagoda at the top, the building is distinguished by its bright orange walls.

Light foot traffic and nameless facades might be mistaken for vacancy. But behind the plain exteriors of these spaces are art studios and galleries.

“I work primarily with artists in Los Angeles and artists from elsewhere in the world,” says Richard Nielsen, the owner of Untitled Prints and Editions. “They come here and we make prints here.” Nielsen is one of many artists who fill Mandarin Plaza. His studio is unique for his three lithopresses where he prints paintings made on slabs of stone.